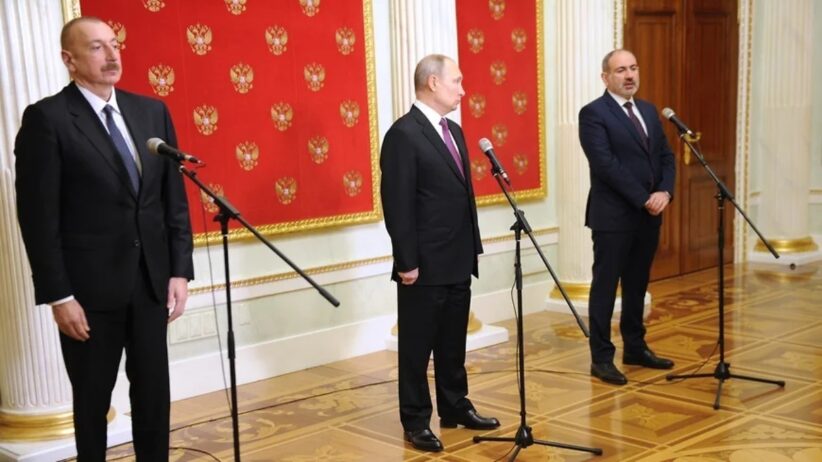 In addition to trilateral talks, Putin will also hold bilateral meetings with Pashinyan and Aliyev.

The news comes after President of European Union Charles Michel announced Friday that Pashinyan and Aliyev will meet in Brussels on December 15 during the EU’s Eastern Partnership Summit.

In Sochi, the leaders of Russia, Armenia and Azerbaijan will discuss the implementation of the November 9, 2020 ceasefire agreement and the January 11, 2021 trilateral document․

“Further steps will be outlined to strengthen stability and peace in the region. Special attention will be paid to the restoration and development of trade and economic and transport ties,” the statement reads.

During a press conference on Tuesday, Pashinyan confirmed that there was in fact a planned meeting with Aliyev and Putin on Nov. 9, 2021 – on the one year anniversary of the Second Karabakh War. Pashinyan says he communicated that he would only participate if there was an expectation that a solution on certain issues, such as POWs, would be reached. According to the prime minister, once he realized that this would not be possible, he decided to postpone the meeting to a less symbolic date.

Pashinyan, Aliyev and Putin to meet on November 26 in Sochi, Kremlin announces

Pashinyan talks negotiations with Azerbaijan, corridor, in first press conference in over a year