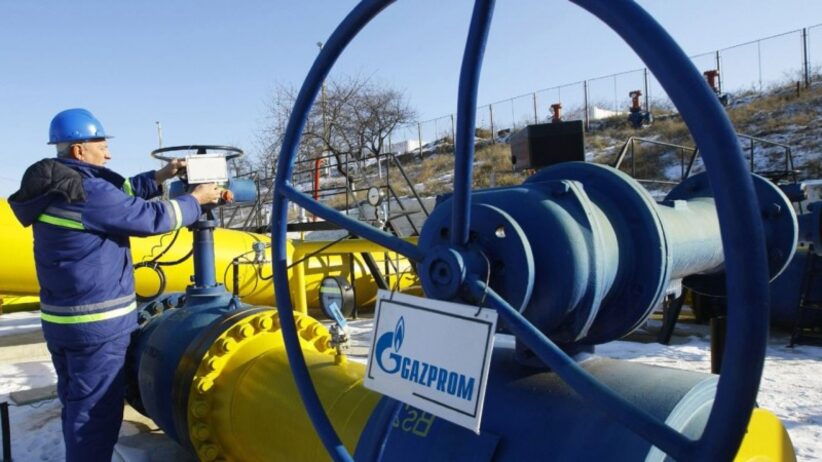 The article was published in World Energy Weekly (February 7 issue), a publication of Petrostrategies, a French think-tank specialized in energy issues.

The underlying causes of Europe’s gas crunch are structural, cyclical and behavioral-regulatory. Geopolitical tensions over Ukraine have certainly amplified a price rise that would probably have taken place anyway. There is only one short-term solution: Russia, which can almost certainly increase its exports, although it’s difficult to assess by how much. While Gazprom may be facing production constraints (which are yet to be verified), other Russian gas producers could put volumes on the market. This was demonstrated by Rosneft’s proposal, in September 2021, to sell 10 bcm of gas in Europe, with Gazprom acting as its “agent”. Vladimir Putin didn’t immediately approve the sale (which he would have done had he wanted to ease the pressure on the market a little). While the plan is to be examined by the Russian authorities on March 1, 2022, the northern spring will already be beginning by then.

The main causes of the gas crisis are structural, of course. The most important one is the decline in European gas production, which has fallen by 23% in ten years and now covers only 42% of the EU’s consumption (as compared to 53% in 2010). One of the reasons for this drop was probably uncertainty about the future role of gas in the European energy mix. The taxonomy currently being finalized by the EU will remove this uncertainty: in principle, investment should be able to pick up again. Thus, producers working in the United Kingdom say that there are “many” new gas fields in the North Sea, and that their development could stop the UK’s gas production from declining for “ten to twenty years”. A slight production increase is expected in Norway (+8 bcm by 2026, or +7%). Although these contributions won’t halt the decline of European production as a whole, they could certainly slow it down somehow. In any event, they will be unable to prevent a further crisis if further measures aren’t adopted․

There is yet another structural reason: while a lot has been done to expand the gas-transmission grid (bidirectionality, etc.) and make it more flexible, there are still a few “gas peninsulas” in Europe. The main one is the Iberian Peninsula, where connections to the rest of the continental network are still underdeveloped. Spain controls one-third of Europe’s LNG import capacity and is connected to Algeria by two major gaslines which could be extended․

The behavior of players in Europe’s gas industry has also helped to create the current crisis. As is well known, the main accusation is that some companies had shown a lack of foresight by failing to fill their inventories in good time (although these had been under great pressure from a very harsh winter in late 2020 and early 2021), gambling on lower prices which failed to materialize (on the contrary). Apart from that, players have behaved as they believed they should within the existing regulatory framework. LNG cargoes were thus re-exported to Asia when prices there were higher than in Europe. While no data are yet available for all countries, Spain (for example) re-exported 0.9 MMt of LNG in 2021, as compared to 0.2 MMt in 2020.

Many of the so-called “alternative suppliers” on the European retail market have relied too much on the spot market. Stuck between the prices of their sales commitments, which have now become much lower than those on the rising spot market, several dozen of them have had to file for bankruptcy. On the other hand, the more cautious traders and/or importers (using price-volume hedging, long-term contracts, etc.) have made tremendous profits․

Here we touch on the behavioral and regulatory causes of the crisis. Hopefully, retailers have learned the harsh lessons of 2021 and will be more careful in future; but shouldn’t the authorities themselves be considering precautionary measures which could be implemented under crisis conditions? These could relate to volumes (a physical lack of gas, strategic inventories, etc.), but also to prices. Europe should find ways to protect itself from hemorrhaging gas in the event of a crisis (by prohibiting re-exports of LNG under certain circumstances, for example). It needs to be more demanding about how LNG import slots are used, applying the “use-it-or-lose-it” principle more strictly (like the UK’s OFGEM).

European rigidity in managing its energy mix are eminently illustrated by the case of Germany, which has blithely continued to apply its schedule for shutting down nuclear power plants, even if this obviously meant more tension on the gas market, increased reliance on coal in the electricity sector and a consequent increase in carbon emissions. So far, Germany is the only major European country to have no LNG import terminals (although it can rely on existing facilities in neighboring countries such as Belgium and the Netherlands).

It’s also time that European countries understood that, in terms of energy, security of supply is so important for social cohesion and for economic survival that the ultra-liberalism advocated by successive European Commissions can no longer fail to take it into account. European industry has been one of the main victims of the gas crunch (and of the dizzying rise in European energy prices which has resulted). Governments have been forced to resort to emergency measures to help (at least partly) households which can’t pay their energy bills. Longterm gas and LNG purchase contracts are one of the cornerstones of security of supply: whether Brussels likes it or not, that’s just the way it is. Furthermore, leaving European consumers at the mercy of prices determined by exchange platforms which have dubious liquidity (and can be influenced by a major player) is an attitude that borders on the irresponsible. All this, for purely ideological reasons! Finally, the question of stocks will have to be brought back to the fore: new capacities (in depleted European fields) need to be urgently developed, and the behavior of market players needs to be better regulated.

The most important point remains unresolved: how can gas imports from third-party countries be increased in order to reduce Europe’s dependence on Russian gas. Once again, there are solutions to this problem, and those most widely publicized aren’t necessarily the best. Considering Caspian gas as an alternative to Russian gas would thus show a complete lack of discernment. It would be equivalent to adding another “Ukraine” (namely Turkey) to the risks already incurred by the transit of European gas. As it happens, Ukraine is now so heavily dependent on Europe (in every respect) that its room for maneuver has considerably decreased since the era when Kiev could, on the contrary, use the transit of Russian gas to gain political leverage over both Russia and the European Union. Turkey has a far more aggressive and independent foreign policy than Ukraine. It would be dangerous to increase its role as a gas transit country. The EU has already given it some latitude by forcing Russia to send gas through Turkey (via Turk Stream) which would otherwise have reached it directly from the Black Sea (via South Stream). Iran (which has the world’s secondlargest reserves) is struggling to cover its winter needs and is still subject to sanctions; Turkmenistan would have to cross the Caspian (or Iranian territory) to export gas to Europe; as for Azerbaijan, its reserves are limited and the fundamental problem of Nagorno Karabakh has not yet been settled, despite the fact that it won the last war against Armenia.

However, as well as importing LNG, Europe can count on very large gas reserves in two countries just a stone’s throw from its southern borders, which are already connected to its grids and which can export gas directly via the Mediterranean, without passing through a transit country: Algeria and Libya. Both of them have great gas production and export potential․

Libya has proven gas reserves of some 1,500 bcm, but only produces 16 bcm/annum. It’s connected to Sicily by gasline and exports 5.7 bcm/annum of gas to Italy. In spite of its political instability, it has been able to maintain these exports, as the fields in question are offshore. A restoration of political stability could allow the country to increase both the production and export of gas to Europe.

Algeria has much larger proven reserves: 4,500 bcm. Added to this are its unconventional gas reserves (20 to 25 tcm), which rank third in the world (tied with Argentina), behind the United States and China. If they were to be developed, they could produce a lot of gas (up to about 60 bcm/annum, it is claimed), with the first volumes becoming available in five years’ time. Algeria produced 90 bcm of gas in 2021 and exported slightly less than 50 bcm. In terms of both reserves and proximity, it is certainly the supplier most likely to displace Russian gas consumption in Europe. It is connected to Europe by three gaslines: one to Italy and two to Spain (although one of these is currently shut down). Most of its LNG is exported to Europe (13.5 bcm last year).

Algeria could also use its huge Hassi R’Mel field to offer flexible delivery to Europe. The field and its neighbors have an estimated storage capacity of around 60 bcm, as compared to Europe’s total storage capacity of 117 bcm. Thanks to its proximity, Hassi R’Mel could deliver gas to Europe in less than twenty-four hours. If the Algerians use it flexibly and reliably, it could serve as a “gas bank”.