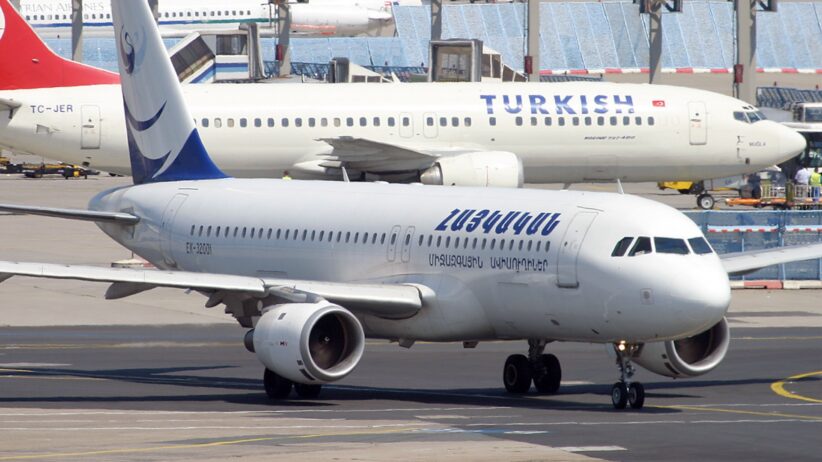 On February 3, Vahagn Khachaturyan, Minister of High-Tech Industry and the ruling party’s presidential candidate, made baseless claims on the legality of demonstrations and Transparency International’s reports on corruption. (President Armen Sarkissian had resigned from the post on January 23 and the country’s National Assembly is due to elect a new president in the coming weeks).

Khachaturyan told journalists that Transparency International, an international anti-corruption organization based in Berlin, had, for years, singled out Armenia as having “systemic corruption” and described Armenia’s corruption level as “state capture.” This is defined by the United Nations Interregional Crime and Justice Research Institute (UNICRI) as a timeframe “when the ruling elite and/or powerful businessmen manipulate policy formation and influence the emerging rules of the game (including laws and economic regulations) to their own advantage.”

Khachaturyan noted that under the current government, assessments of “systematic corruption” and “state capture” have been removed from the organization’s reports. However, #CivilNetCheck found that Khachaturyan’s claims are dubious. Transparency International has never singled out Armenia as having systemic corruption. The organization’s Corruption Perceptions Index (CPI), an annual ranking of countries based on how corrupt their public sectors are perceived to be, countries with a score below 50 are considered to have “systemic corruption”. Since the current methodology was put in place in 2012, Armenia has always scored below 50. From 2018 to 2020, after the Velvet Revolution, Armenia’s score climbed significantly, from 35 to 49, but still remained below 50.

Khachaturyan also claimed that the protests against the spike in car insurance prices a few days earlier were “most likely illegal.” On January 31, several protesters demonstrating against the price hike were arrested in Yerevan’s Republic Square. Khachaturyan was referring to the legal requirement to get permits for demonstrations beforehand. However, this requirement does not apply to small demonstrations consisting of less than 100 participants, or demonstrations that are “urgent and spontaneous.” The January 31 demonstration had several dozen participants and, thus, was excepted from the requirement to get a permit. So, unlike his claim, the protests were completely legal.

In January, several Armenian outlets claimed that Ruben Vardanyan, a Russian-Armenian billionaire and philanthropist, had acquired shares in ArmNews, a TV channel with nationwide coverage. However, Vardanyan denied this in an interview with CivilNet. Furthermore, there have been no changes in the declaration of real owners of ArmNews. Its current shareholders are four former parliament deputies from then-ruling Republican Party: Arman Saghatelyan, Samvel Farmanyan, Mihran Hakobyan, and Karen Bekaryan.

Ruben Vardanyan is seen as being behind or affiliated with the A Country to Live In Party founded in August 2021 by Mane Tandilyan and Mesrop Arakelyan, two former Ministers of Labor and Social Affairs of Armenia. Tandilyan is the incumbent Minister of Social Affairs of Artsakh. Although Vardanyan has denied that he’s behind the party, he participated in their campaign in the local elections in December 2021.

The alleged acquisition of ArmNews is speculated to become Vardanyan’s media base for his prospective political career in Armenia, which he has hinted at previously.

On February 2, the first Yerevan-Istanbul and Istanbul-Yerevan flights took place for the first time since 2019.

With the ongoing attempt to normalize relations with Turkey, Yerevan-Istanbul flights are often used by politicians, especially in parliament, to attack each other and score points. Earlier Vagharshak Hakobyan, a parliament deputy from the ruling Civil Contract Party, had claimed that the first Yerevan-Istanbul flights had taken place in 2003, during Robert Kocharyan’s presidency. Hakobyan was likely referring to the first flight by a Turkish airline. It took place in October 2003 and was organized by Tower Travel, a Turkish company owned by the Turkish-Armenian businessman Dikran Altun.