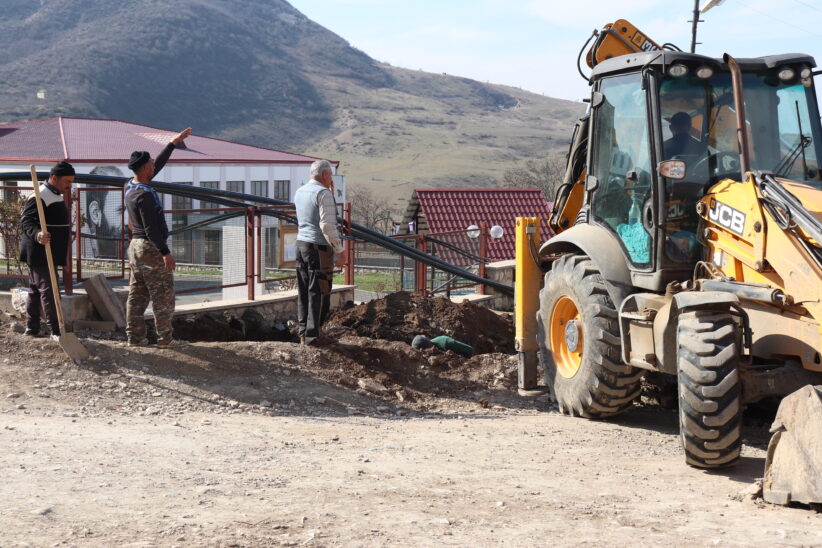 The echoes of the Russian invasion of Ukraine have expectedly reached the most troublesome corner of the South Caucasus – the Karabakh conflict zone. As anticipated, Azerbaijan jumped at the opportunity to utilize the international community’s preoccupation with the war in Ukraine and initiate a new round of escalation in Nagorno-Karabakh.

In the early hours of March 8, the main pipeline supplying gas to the Nagorno-Karabakh Republic from Armenia was damaged in the vicinity of Shushi, near Azerbaijani military positions – an area that has been under Baku’s control since the end of the Second Karabakh war. At the alleged time of the pipeline damage the residents of Stepanakert and nearby villages heard a loud sound of a blast. Although officials in Artsakh state that the cause of the damage is still unknown, it is very likely that the pipeline was blown up by the Azerbaijani side. The Azerbaijani forces controlling the area have since been obstructing the repair of the pipeline.

The population of Nagorno-Karabakh heavily relies on gas-based heating systems. This incident left a significant part of the NKR without heating. In Stepanakert there have been bread shortages since the day of the incident as many bakeries in the city are also gas-reliant.

Since the outbreak of the war in Ukraine Azerbaijan has also been ramping up tensions in the frontline areas of the conflict zone. Khramort village of the NKR’s Askeran region which is situated on the border with Azerbaijan has been the target of Baku’s latest provocations.

All started on February 24 when on the day of the Russian invasion of Ukraine Azerbaijan launched an intimidation campaign against the residents of Khramort. The Azerbaijani side was ‘’urging’’ the locals for several days to leave the village under the threat of force, using loudspeakers. Their message was recorded in perfect Armenian.

In the following days Azerbaijani forces started shooting towards the village. The next round of the escalation happened on March 8 when for the first time since the signing of the November 9 ceasefire statement Azerbaijan used mortars and shelled Khramort. The shelling of Khramort and several other villages in the NKR intensified in the last couple of days, causing an injury to a civilian from a shrapnel On March 10.

There is certainly a correlation between the Russian invasion of Ukraine and this latest upsurge in tensions in the Karabakh conflict zone. As already mentioned above, Azerbaijan is using the small window of opportunity created by the war in Ukraine to reach some tactical goals on the ground. Baku is also testing Russia’s red lines and limitations in Nagorno-Karabakh in this new geopolitical reality. Azerbaijan will surely keep on trying to further exploit Moscow’s weaknesses if the Russian war effort in Ukraine lasts for too long.

It should also be noted that the afore-mentioned incidents are part of a much larger pattern that has been observed since the end of the 44-day Karabakh war. It is evident that the end goal of Baku’s long-term strategy in Nagorno-Karabakh is the voluntary exodus of the entire Armenian population from the republic.

Ilham Aliyev himself doesn’t put too much effort in concealing this strategic aim of his regime. In one of his recent interviews with Azerbaijani TV channels Aliyev particularly complained that the Russian peacekeeping mission does not check 91% of the vehicles entering the territory of Nagorno-Karabakh and hinders the exit of people from Artsakh (In reality the opposite is true). In other words, the president of Azerbaijan was openly upset with the Russian peacekeepers because they were allegedly discouraging people from leaving Nagorno-Karabakh.

This long-term strategy of the Aliyev regime has two main components: 1. Intimidation and 2. creation of artificial difficulties for the civilian population of Nagorno-Karabakh.

Arbitrary killings of Armenian civilians are part of this intimidation tactics. Every such incident has a specific message to the population of the NKR.

On October 11, 2021, a 55-year-old farmer was killed in his own tractor by an Azerbaijani sniper in the presence of a Russian peacekeeper. A month later, on November 8, 2021, one civilian was killed and 3 were wounded outside the Azerbaijani-controlled town of Shushi, next to the only road connecting Nagorno-Karabakh with the outside world. The four men came under fire while repairing water pipes.

The main messages of these premediated killings of civilians were as follows: 1. ‘’Even the peacekeepers won’t protect you’’ 2. “You are encircled, the safety of the corridor is not guaranteed”. The above-mentioned threats against the residents of Khramort as well as the shelling of the village are also part of this intimidation tactics and pursue the same objective.

The second element of the strategy is Baku’s continuous efforts to cause difficulties in the everyday life of people living in Artsakh. For instance, Azerbaijan was deliberately disrupting mobile communication and Internet connection in Artsakh for months, making mobile calls nearly impossible even within Nagorno-Karabakh, let alone calls to Armenia and beyond. the Azerbaijani obstruction of the repair works of the damaged gas pipeline is the latest manifestation of this practice.

Thus, as indicated, the immediate cause of the latest round of escalation in the Karabakh conflict zone is the Russian invasion of Ukraine. Azerbaijan is trying to take advantage of the chaotic developments of the last two weeks for achieving tactical gains on the ground. However, Baku’s recent aggressive moves are not an isolated incident. They are part of the Aliyev regime’s comprehensive and long-term policy of ethnic expulsion in Nagorno-Karabakh.

A New Wave of Violence in Karabakh

Where does Armenia fit within the Russo-Western rivalry