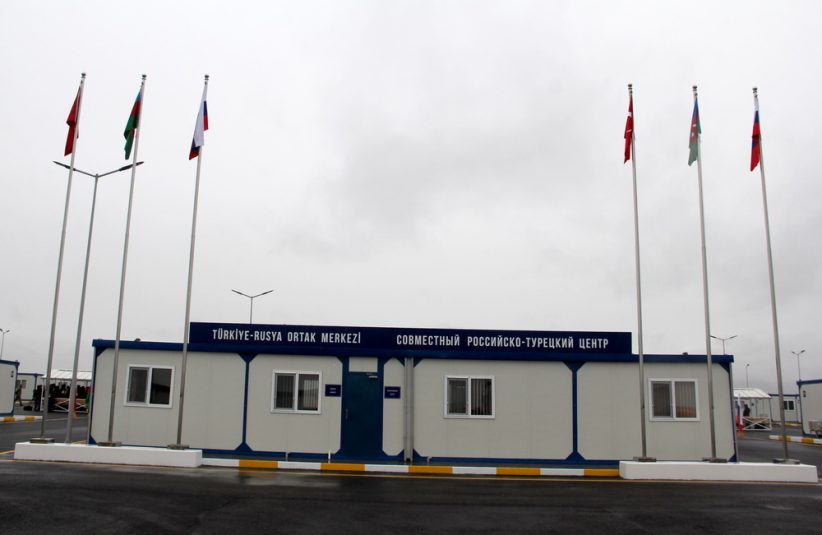 Below are excerpts from the article “The Russian-Turkish “Co-opetition” in Times of Regional Crisis” by regional analyst and researcher Yeghia Tashjian. The original piece was published by Issam Fares Institute for Public Policy and International Affairs at American University of Beirut.

Nagorno-Karabakh: A Confrontation in Russia’s Backyard

While both countries “understand” each other over Libya and Syria, Turkey’s aspiration to play a greater role in the South Caucasus puts this relationship to the test. With the outbreak of the second Nagorno-Karabakh war (September 27 – November 9, 2020), Turkey saw a historical opportunity to exert its influence in its immediate neighborhood—the South Caucasus. Unlike Syria and Libya, this region has been Russia’s backyard and within Moscow’s sphere of influence. To challenge Russia, Turkey threw its full active military and diplomatic support behind Azerbaijan in its war against the Armenians in Nagorno-Karabakh.

Turkey’s direct military support in the war caught the surprise of many parties. Turkey not only used its Bayraktar TB2 drones, but also the F-16 warplanes stationed in Ganja and transferred hundreds of Syrian mercenaries to fight alongside the Azerbaijani army. These two factors were a threat to Russia’s national security in the region. To preserve its interests in the Caucasus, Moscow tried to stick to its traditional stance of a “fair and forceful arbiter,” but this neutrality prevented Armenia, Russia’s only ally in the region, to resist the Azerbaijani invasion of Nagorno-Karabakh.

On a diplomatic level, Turkey tried to launch an “Astana style” diplomatic track to gain primacy on the OSCE Minsk Group; whose task was to find a diplomatic solution for the conflict. Ankara’s initiative was welcomed by its ally Azerbaijan who noted the failure of the traditional diplomatic track processed by the OSCE. However, given the fact that the conflict was taking place in post-Soviet space, Russia was not very encouraged to engage in a bilateral track with Turkey in the form of a new “Astana style” process where Turkey and Russia were going to be equal partners arranging a conflict in Russia’s backyard. An “Astana style” scenario would have legitimized Turkey’s intervention and presence in the region. Hence, Moscow preferred to play the “big brother” role and forced a ceasefire on both sides.

Maxim Suchkov, a Moscow-based expert in the Russian International Affairs Council (RIAC), explained Russia’s policy as follows: If Russia took a backseat while Azerbaijan continued advancing, Turkey’s gambit would pay off as Baku would be forever grateful for Ankara, and Turkey’s influence in the region would grow. Moreover, if Baku took control over Stepanakert (capital of Nagorno-Karabakh) and the entire region was annexed to Azerbaijan, Armenians would have blamed their failure on Russia and anti-Russian sentiments would have risen in Yerevan. By losing its only ally, Russia would have lost the region.

However, what would have happened if Moscow had directly intervened? Galip Dalay, an associate fellow from Chatham House, argued that if Russia had stepped in and supported its ally, then it would have risked alienating Azerbaijan and pushing Baku further into Turkish hands. For Moscow, the best-case scenario was a limited victory for Azerbaijan, once again freezing the conflict to have leverage on both Yerevan and Baku. But Turkey’s efforts to unfreeze the conflict and tarnish the status-quo pushed Russia on the defensive and secured its interests at the expense of the Armenians who were the weaker side. For Dalay, this conflict put Turkish-Russian relations to the test and placed Russia in an uncomfortable position. For Turkey, this was not a complete victory, as Ankara was pushing for complete Azerbaijani victory, forcing Russia out of the region by instigating enmity between Yerevan and Moscow, or at least asking for the deployment of Turkish “peacekeepers” in Nagorno-Karabakh alongside Russian forces. It is worth mentioning that Turkey has not been a signatory to the November 9, 2020, trilateral statement which ended the war. As it was clear that Turkey’s direct military support for Azerbaijan and its insistence that Turkish troops be part of the peacekeeping force in Nagorno-Karabakh certainly challenged Kremlin’s position in the region. Hence, Moscow rejected the Turkish proposal of deploying Turkish peacekeepers alongside the Russians and agreed only to deploy Turkish observers in a peacekeeping force headquarters in a region outside but close to Nagorno-Karabakh.

During the war, both Moscow and Ankara played tit-for-tat against each other. Many observers didn’t notice that while Russia was defensive in its backyard, it was inoffensive in Syria and the Russian air force was bombing Turkish positions in Idlib. By putting pressure on Ankara through Syria, Russia was trying to balance its vulnerabilities with Turkey. Turkey too had another plan in the South Caucasus where in November 2020, the Trans-Adriatic Pipeline (TAP) was inaugurated and connected to the Trans-Anatolian Pipeline (TANAP), which allowed for bringing the Caspian gas to South Europe through Turkey.29 This project is crucial for Turkey as it transforms the country from an importer to a transit route for gas. The geopolitical nature of this project was to decrease Europe’s gas dependency on Moscow. However, as Azerbaijan expressed its readiness to increase its gas supplies to Europe through this pipeline, President Putin just two days before the outbreak of the war in Ukraine, invited his Azerbaijani counterpart, Ilham Aliyev to Moscow to coordinate Baku’s gas supplies to Europe and signed an “alliance agreement” between both countries. Hence, even though Russia has shown dissatisfaction with Turkish intervention in its area of the traditional sphere of influence and drew “red lines,” Russia has recognized Turkey as a junior player in the region, but it doesn’t tend to share parity in the post-conflict regional order.

Thus, the relationship between both countries in the South Caucasus has been hierarchical. Both sides succeeded in sidelining the Western influence from the diplomatic process in the region, especially the Americans and French (co-chairs of the OSCE Minsk Group alongside Russia). Within this context, it is worth mentioning that Turkey’s growing influence in the South Caucasus didn’t come only at the expense of the West, but also at the cost of Russia’s influence as well. This is why Russia resisted any further diplomatic attempts by Turkey. Turkey, unhappy with the diplomatic outcome and its modest role as an ordinary member of OSCE, initiated the “3+3 regional security platform” in the Caucasus. This security format in the Caucasus comprises the three Caucasian states – Armenia, Azerbaijan, and Georgia – and their three “big neighbors” – Russia, Turkey, and Iran. For now, Russia is pushing this format as it sidelines the West. Hence, the future of Turkish-Russian relations in the South Caucasus is shaped by current relations between Russia and the West. The tenser these relations, the more Moscow will need Ankara to contain the western influence. This process is making Turkey a regional power but also increasing its dependency on Russia.

Assessment: The limits of Russian-Turkish “Co-opetition”

Yeghia Tashjian is a regional analyst and researcher. He has graduated from the American University of Beirut in Public Policy and International Affairs. He pursued his BA at Haigazian University in Political Science in 2013. He founded the New Eastern Politics forum/blog in 2010. He was a Research Assistant at the Armenian Diaspora Research Center at Haigazian University. Currently, he is the Regional Officer of Women in War, a gender-based think tank. He has participated in international conferences in Frankfurt, Vienna, Uppsala, New Delhi, Rome, and Yerevan, and presented various topics from minority rights to regional security issues. His thesis topic was on China’s geopolitical and energy security interests in Iran and the Persian Gulf. He is a contributor to the various local and regional newspapers, columnist for the Armenian Weekly, and presenter of the “Turkey Today” program in Radio Voice of Van. Lately, he has joined the European Geopolitical Forum as an affiliate expert on the Middle East and South Caucasus.

Pashinyan and Aliyev to meet in April