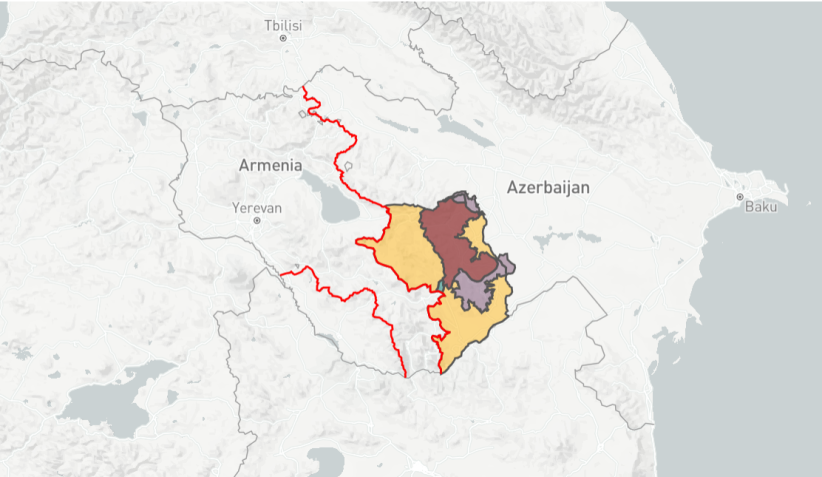 The fact that Armenia had responded to Azerbaijan’s five points with six of its own was not publicly known until last week.

According to Marukyan, the first point states that Yerevan issued its six points in response to Baku’s five.

The second point confirms that Armenia recognized Azerbaijan’s territorial integrity in 1992 when it signed the treaty establishing the Commonwealth of Independent States, an intergovernmental organization of nine post-Soviet countries, including both Armenia and Azerbaijan.

“At the time when we signed it, we mutually recognized each other’s territorial integrity and borders by joining that organization,” Marukyan said in an interview with Armenian public television.

The fourth point reiterates Armenia’s commitments to the November 2020 ceasefire agreement and two joint statements issued alongside Azerbaijan and Russia last year pledging to establish working groups on unblocking transport links between Armenia and Azerbaijan and delimiting their shared border.

At a meeting in Tajikistan on Thursday, the foreign ministers of Armenia, Azerbaijan, and Russia agreed to convene the two working groups for the first time in Moscow on Monday.

The fifth point states that “the Armenian side is ready to start negotiations for the settlement of relations between Armenia and Azerbaijan and for the establishment of inter-state relations based on the United Nations Charter, the International Covenant on Civil and Political Rights, and the Helsinki Final Act.”

Finally, the sixth point reiterates Armenia’s desire to conduct negotiations with Azerbaijan with mediation by the Minsk Group, a body formed by the Organization for Security and Co-operation in Europe in the 1990s to encourage the peaceful resolution of the conflict between Armenia and Azerbaijan.

Armenia’s stated desire for involvement by the Minsk Group, co-chaired by France, Russia, and the United States, comes as the collapse in relations between Russia and the West over Ukraine has thrown the group’s future in serious doubt.

In recent months, Moscow has questioned the group’s ability to function moving forward, accusing its co-chairs of “canceling” Russia’s role, while Paris and Washington have stressed that they remain committed to the body.

Azerbaijan has also repeatedly rejected the involvement of the Minsk Group, arguing that its victory in the 2020 war in and around Karabakh renders the group’s mandate moot.

Azerbaijan’s five-point proposal entails the mutual recognition of territorial integrity, mutual confirmation of the absence of territorial claims, and mutual obligation not to use force in resolving disputes, as well as delimiting and demarcating the border and unblocking transport connections.

In contrast to Yerevan, Baku did not delay in making its peace plan public.