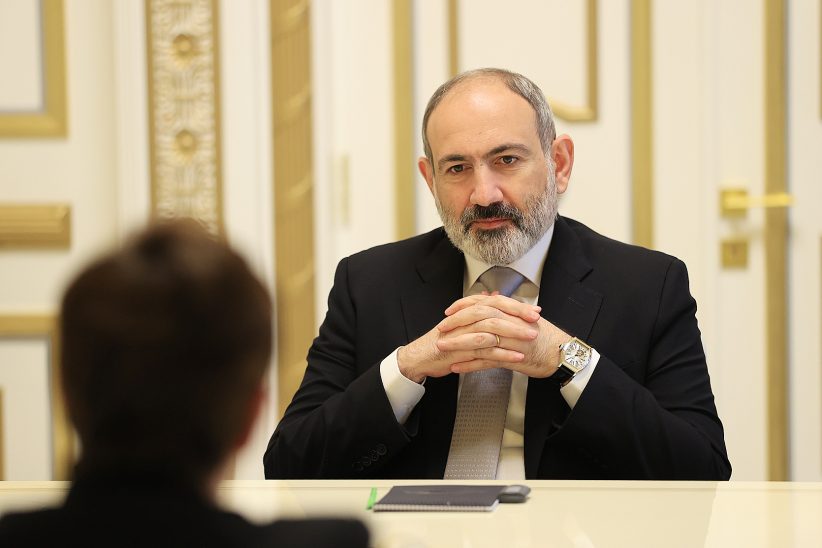 Armenian Prime Minister Nikol Pashinyan wrapped up a week of busy diplomacy in the region with one-on-one meetings with the French, Russian, and U.S. ambassadors posted to Yerevan.

Those three countries co-chair the Minsk Group, which is tasked with encouraging a peaceful resolution to the Karabakh conflict, but has been beset in recent months with serious internal tensions, throwing its ability to resolve the conflict in serious doubt.

At each meeting, Pashinyan updated the ambassadors on recent developments in the region, discussed Armenia’s need for greater international support, and stressed the role of the Minsk Group in settling the Karabakh conflict, according to Armenian government read-outs.

Moscow has recently questioned the Minsk Group’s ability to function moving forward, accusing its co-chairs of “canceling” Russia’s role. Azerbaijan too has rejected the organization’s involvement, arguing that its victory in the 2020 war in and around Karabakh renders the Minsk Group’s mandate moot.

In contrast, Paris, Washington, and Yerevan have all stressed that they remain committed to the organization, which was formed in the 1990s by the Organization for Security and Co-operation in Europe.

On Sunday, Pashinyan held lengthy talks with Azerbaijani President Ilham Aliyev in Brussels, after which they reportedly agreed to convene a long-discussed joint border commission.

Developments moved quickly from there. The next day, Yerevan and Baku announced almost simultaneously the composition of the commission, followed by a face-to-face meeting the day after of their deputy prime ministers, who are chairing the commission.

At their meeting, Grigoryan and Azerbaijan’s Shahin Mustafayev “reaffirmed their readiness to work” on border delimitation and committed to convening the commission next week in Moscow. A date for that meeting has not yet been announced.

In addition, Grigoryan announced that a separate trilateral working group of Armenian, Azerbaijani, and Russian officials will meet next week in Moscow, also at an unspecified date, to discuss unblocking transport connections in the region.

Armenia and Azerbaijan have each described this week’s developments as positive and constructive. European Council President Charles Michel, who brokered the weekend meeting between Pashinyan and Aliyev, has said he “warmly welcomes” the border commission’s formation, calling it “tangible progress.”

In recent months, Brussels has been seeking — and gaining — a bigger role in mediating between Yerevan and Baku. The United States has said it supports the EU’s efforts, while Russia has accused it of interfering in the region.

Bridging the gap between investors and the Armenian market