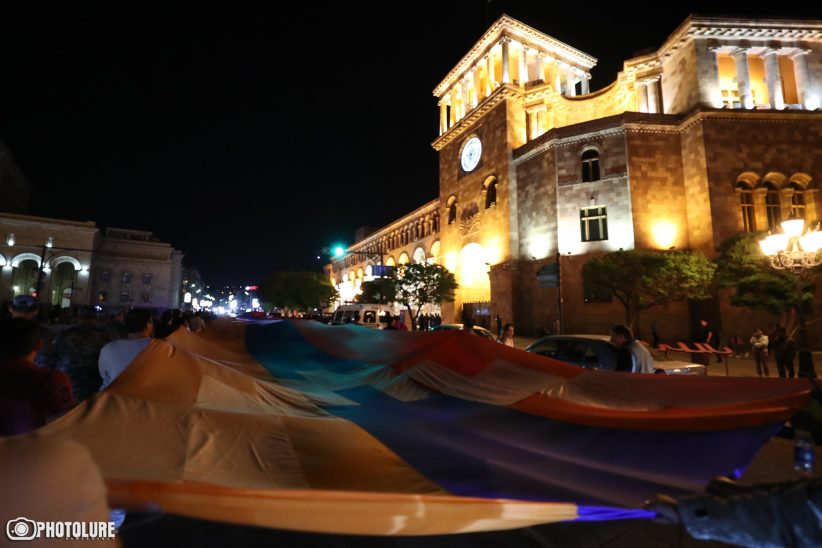 There are only a handful of state institutions in Armenia that enjoy the trust of the majority of citizens, according to new polling.

Recently released figures from the Caucasus Barometer, an annual household survey and the largest coordinated data collection effort in the South Caucasus, suggests that widespread public distrust in most government bodies in Armenia persists.

The survey, organized by the well-regarded Caucasus Research Resource Center think tank, was conducted from last December to this February. Researchers held face-to-face interviews with a representative sample of over 1,600 adults in cities, towns, and rural communities across Armenia. The survey results have a 2.4% margin of error.

Among other questions, pollsters asked respondents about their trust in 15 Armenian state bodies, plus the United Nations and European Union.

While the Armed Forces have long been one of Armenia’s most trusted institutions — CRRC data suggests that the vast majority of Armenians have consistently said they trusted the army for over a decade — the Human Rights Defender’s trustworthy position is new.

Since a previous wave of the survey five years ago, the Human Rights Defender’s level of public trust has risen over 50 points, from just below 30% in 2017 to over 80% today.

Former Human Rights Defender Arman Tatoyan told CivilNet he believed the massive jump in public trust was largely the result of the institution’s widely publicized monitoring efforts after the 2020 war in and around Karabakh.

“Especially after the war, we made large-scale visits to places, regions, villages, and border settlements, got acquainted with people’s problems, recorded the facts objectively, conducted analyses, and published them,” said Tatoyan, who led the Human Rights Defender’s Office during that time.

In sharp contrast, the majority of respondents in the survey said they “fully” or “rather” distrusted eight institutions, with the media, the National Assembly, and the executive branch rounding out the bottom of the list, all at about a 72% level of distrust.

Gayane Abrahamyan, the head of the For Equal Rights NGO and an activist with over two decades of media experience, said that Armenia has not been spared from global trends of increasing media polarization and distrust in journalism.

“In the Armenian media environment, we must emphasize that the most problematic thing is the rather serious partisanship of the media, as well as the serving of certain interests,” she told CivilNet.

Another notable result of the poll is an apparent collapse in public trust in the influential Armenian Apostolic Church, with levels of support having fallen by nearly 40 percentage points since 2019. For many years, CRRC registered public trust in the church at relatively consistent levels above 70%, making it one of the country’s most trusted institutions at the time.