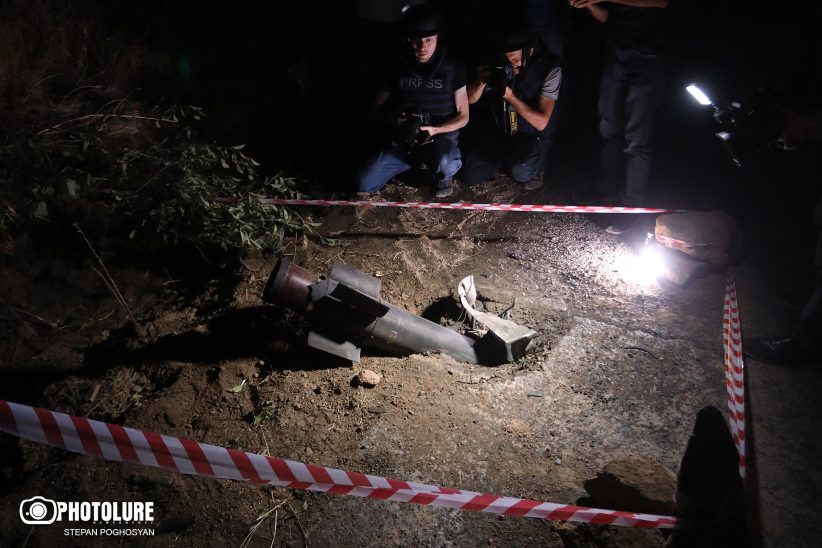 Jermuk city of Vayots Dzor Province after the Azerbaijani shelling

If you’ve followed international coverage of the latest two-day Armenia–Azerbaijan war, I wouldn’t be surprised if you found it hard to grasp the basic facts about what happened.

Reading the BBC, you wouldn’t know that, for the first time in the history of this long conflict, one country has launched a large-scale attack inside the borders of the other. Meanwhile, Nagorno-Karabakh, usually the crux of the conflict, was left unscathed. Azerbaijani shelling struck at least 23 localities inside Armenia’s territory — that’s unprecedented.

However, through the BBC’s coverage, you would learn that Armenians are Christians and Azerbaijanis are Muslims. How that is relevant is beyond me.

Throughout international headlines, the ‘clashes’ between the two countries appeared to happen on equal terms (New York Times, DW, France 24, Washington Post, Euronews, CNN, to name a few, but the list goes on). Foreign Policy (now amended, original text here) even reported that the violence erupted in Nagorno-Karabakh, as it had in the past.

Except that this time it hadn’t, and such headlines constitute lazy and mechanical journalism. Even if the Azerbaijani strikes were a response to alleged Armenian provocations inside Azerbaijan, noting the disproportionality of the response is crucial to producing a balanced report.

If you followed the statements issued by Western capitals closely, there was a degree of diplomatically worded annoyance with the Azerbaijani leadership — a new development given the traditionally equal calls to both sides for restraint. It’s another indication that this escalation was different to those that came before.

In order to catch this nuance, you need to know the conflict and work with local journalists who monitor local media and speak with local sources in local languages.

Uninformed coverage of delicate matters such as these is irresponsible. This is especially true in the case of the Armenian–Azerbaijani conflict, which has potentially major implications for the future of the entire Caucasus and even the EU’s ongoing energy crisis.

Local media in the Caucasus essentially can’t sustain themselves commercially and funding sources are scarce. We’re never a priority, although the budget of one large conference could sustain our editors, reporters, management, freelancers, and cover our rent for months.

Pelosi’s visit, the Russia factor and a possible future attack on Armenia