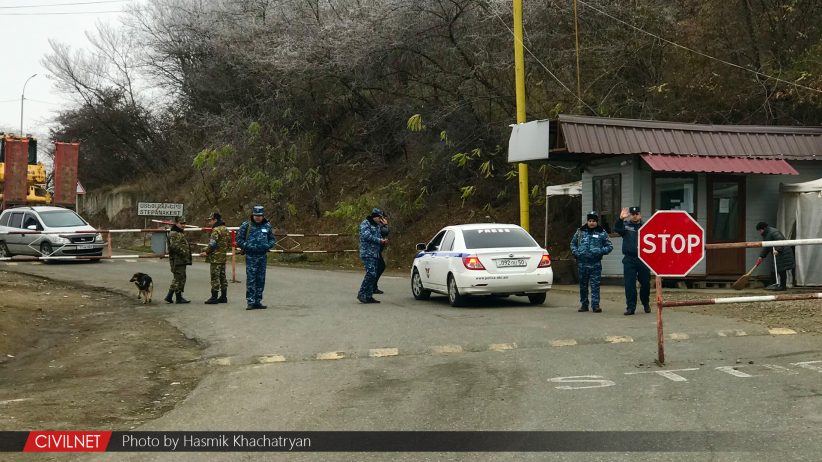 The closure of the only road connecting Armenia and Karabakh has entered into a second day, after a group of Azerbaijanis in civilian clothing began blocking the route Monday morning.

The 24-hour closure marks the longest stretch of time that the Goris-Stepanakert highway has been closed since the end of the 2020 Karabakh war, which saw Russian peacekeepers take over control of the area.

Karabakh’s state-run InfoCenter reported Tuesday morning that some of the hundreds of civilians left stranded on the road in freezing winter weather, including children, spent the night in the southern Armenian town of Goris and in the village of Lisagor in Karabakh.

Meanwhile in Stepanakert, Karabakh President Arayik Harutyunyan convened an emergency session of his security council Tuesday morning, after which his administration decided to send a written appeal to the Russian peacekeepers, urging them to facilitate the road’s reopening.

In a statement, Karabakh’s Security Council called the highway’s closure “unacceptable” and warned it “will lead to a humanitarian disaster” in the region.

As of Tuesday morning, the Russian peacekeepers stationed in Karabakh have not commented publicly on the matter.

Responding to the news, the European Union’s lead foreign affairs spokesperson, Peter Stano, called for “restraint in action,” while Ned Price, spokesperson for the U.S. State Department stressed “the need to de-escalate tensions.”