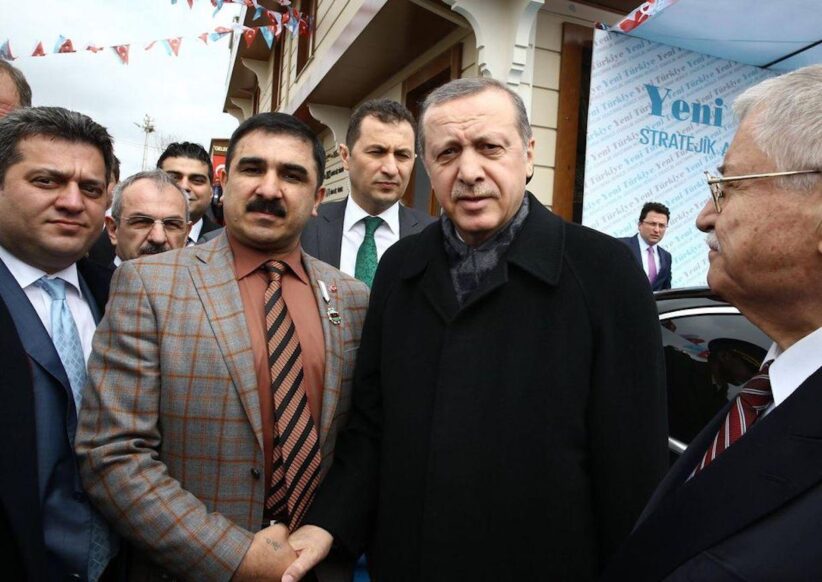 On December 9, following the second Karabakh War, Azerbaijan’s president Ilham Aliyev introduced a new “Patriotic War Hero” award and granted it to eighty-three servicemen. Separately, Aliyev awarded three individuals with the “National Hero” award that was established in 1992. The selections reflect both the course of the war and some of the behind the scene politics.

The Oddities of National Heroism

The three individuals awarded Azerbaijan’s “National Hero” awards last December include two officers killed in the July 2020 fighting on the Armenian-Azerbaijani border, as well as Ibad Huseynov, veteran of the first Karabakh war.

Huseynov is best known for his early 1990s photo, where he is posing with a severed head of an Armenian man from the Martuni district in Karabakh. Some years after the war, Huseynov began to claim that the head was that of one of the four Armenian war heroes, Monte Melkonian. Even though the claim was obviously false and denied by other Azerbaijani war veterans – Melkonian was killed under different circumstances and buried with his head very much on his shoulders – Huseynov’s claim was widely promoted by Azerbaijani officials and in the Turkish media. They also appear to have made an impression on the Turkish leader Recep Tayyip Erdogan, who is seen in a number of pictures shaking hands with Huseynov.

The Ibad Huseynov promotion campaign may have also influenced other Azerbaijanis to attempt or commit decapitations of Armenians. Thus, in 2004 Ramil Safarov killed and then attempted to decapitate Gurgen Margaryan, his classmate at the NATO English language course held in Budapest, Hungary. During the 2016 April War, bodies of three Armenian servicemen were decapitated, with several Azerbaijani servicemen publicly taking credit for the war crimes and personally awarded by Aliyev. There have been a number of decapitations of the bodies of Armenian servicemen and at least two civilians in the latest war as well.

Making Huseynov a “National Hero” of Azerbaijan – and one of only a handful of living persons to have the title – serves as a further sign of official approval of the beheading practice, while also being a gesture to Turkey.

Among the Azerbaijani officers awarded there are five generals: three are from the Special Forces command, one from the air force (identified as a Su-25 squadron commander) and one is the deputy commander of the Border Guards. Among others awarded, there are servicemen from the Navy and the Interior Forces (Police), reflecting the entirety of Azerbaijani forces involved in the war, with a few notable exceptions.

Also Read: Iran Sets Itself Up as a Regional Player

The most senior Azerbaijani military official Gen. Najmeddin Sadykov, who was dismissed during the war after twenty-seven years as chief of the general staff, received no awards whatsoever. Sadykov’s biography disappeared from the Defense Ministry’s website sometime in October and only recently it was officially confirmed that he is “no longer in the military service.” While Azerbaijan’s top military job stayed vacant, the Russian newspaper Vzglyad identified two Turkish generals, Lt. Gen. Seref Ongay, the 3rd Army commander, and Maj. Gen. Bahtiyar Ersay of the Special Forces Command, as de-facto replacements. Another newspaper, Kommersant, provided other details of the Turkish military involvement.

Also missing among those awarded, are the operators of Azerbaijan’s drone fleet, both the Turkish-made Bayraktar drones and the Israeli-made reconnaissance and suicide drones. Judging by eyewitness accounts drone attacks accounted for the majority of Armenian casualties during the war. As in earlier operations in Syria and Libya, the Turkish drone fleet was reported to have been led by Maj. Gen. Goksel Kahya. In 2017, it was revealed that Israeli personnel were involved in suicide drone strikes against Armenian forces in Karabakh. The extent of their involvement in the recent war has yet to be made public.

Emil Sanamyan is a South Caucasus specialist based in Washington DC. He is the editor of the University of Southern California Focus on Karabakh platform.

This piece was originally published in Focus on Karabakh.