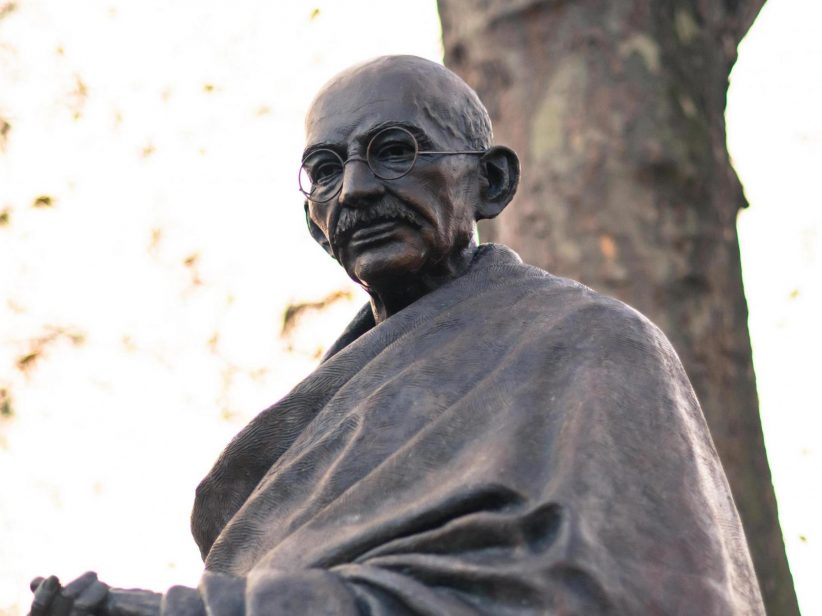 Patrick Azadian puts forward some meaningful arguments in his article against the plan for a statue of Mahatma Gandhi in Yerevan. Gandhi’s political legacy is indeed controversial. As Azadian outlined, the Indian National Congress led by Gandhi supported the Khilafat Movement in the early 1920s as a platform for co-operating with the large Muslim population in the country. They were protesting the limitations placed by the colonial powers on the Ottoman Sultan – who served as Caliph, or head of Sunni Islam – as the empire was collapsing. (Once Mustafa Kemal came to power and established a secular republic in Turkey, he abolished the caliphate outright, so that movement subsided.) For Armenian nationalists, Gandhi’s association with the Khilafat Movement could be a sore point.

Other decisions taken by him or speeches or statements made during his long and dynamic political career could likewise bring up red flags. Which politician, however, has made no mistakes or has not cooperated with parties leaning to one side or another? This is not a very strong argument to make against Mahatma Gandhi. The objectively positive aspects of his public activities have been far more influential than the controversial points. It is not for no reason that Gandhi has been an immense source of inspiration for non-violent political change for more than half a century now, whether during anti-colonial movements in Africa or Asia from the 1950s on, in the civil rights movement in the United States in the 1960s, or even in Armenia in 2018 – Gandhi was one of the founders of marching for political change.

Moreover, unlike what Azadian claims, exchanging gifts, carrying out cultural programmes, or putting up statues are essential parts of diplomatic practice. Gandhi is depicted in sculpture all over the world. Why not in Armenia as well? There are already postage stamps in his honour in the country. A statue will serve both as a sincere celebration of a worthy historical figure and as an expression of closer ties between Armenia and India.

Azadian is absolutely right to point out that the Armenian Genocide has never been brought up in the Indian parliament. The absence of a statue of Gandhi in Yerevan is surely not the reason for that. But the presence of one would not be harmful in this regard. It is worth noting that, just before an official visit by Turkish President Erdoğan to India in 2017, the president of Cyprus was invited to India and the vice-president of India visited Armenia, laying flowers at the Tsitsernakaberd memorial. Among other calculations, the Turkish government maintains an unfavourable position on the Kashmir issue from Delhi’s perspective. Likewise, among other calculations, Yerevan should not miss any opportunities to be on India’s radar when that country formulates its regional policy agenda. An active embassy and the confluence of interests are vital – Azadian is right. But a statue can be very much a part of the conversation.