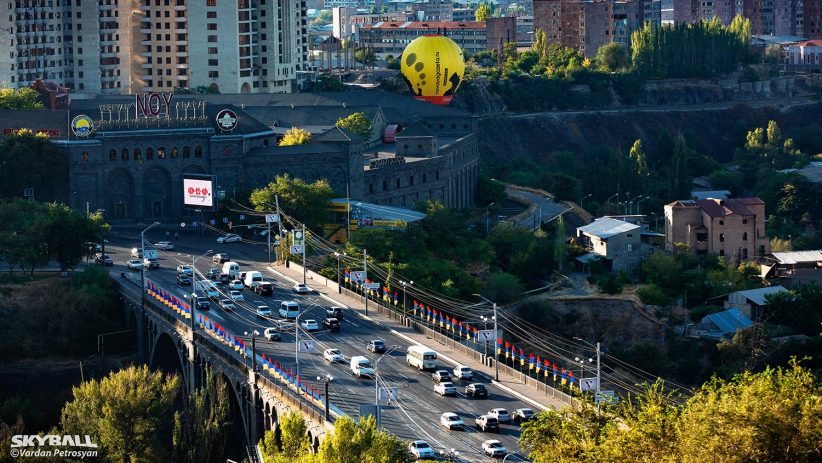 In early March, Armenia’s Central Bank released a statement confirming that it “is closely monitoring global economic developments” related to the ongoing coronavirus outbreak worldwide. According to the Central Bank, the impact of the outbreak “on both the world economy and the Armenian economy is expected to be short-term”, with the Central Bank preparing measures to “ensure price and financial stability in Armenia” if necessary. The economic impact of the coronavirus outbreak on the Armenian economy is expected on three main dimensions.

First, the Armenian economy is quite sensitive to the global price of copper, which has fallen significantly in recent months, as worldwide demand continues to decline. In turn, the fall in global demand for copper has been attributed primarily to the prospect of a global economic slowdown due to the coronavirus outbreak. The current price of copper per metric ton is around 5,700 U.S. dollars, a five-month low, down roughly 600 U.S. dollars since January.

Armenia has considerable deposits of copper, gold, and molybdenum, and the mineral industry represents a major sector of the Armenian economy. Indeed, about 30 percent of Armenia’s total exports are in copper ore, and another roughly 30 percent of the country’s exports are in other ore concentrates, metals, and gems. The primary destinations for Armenian minerals are China, the European Union, and Russia.

Second, Armenia is strongly linked with Russia economically, and so any developments in the Russian economy have meaningful ripple effects in the Armenian economy. Since 2015, Armenia has been a member state of the Eurasian Economic Union, an integrated single market of five post-Soviet states led by Russia. Trade with Russia accounts for about 25 percent of Armenia’s total trade, and Russia is Armenia’s largest market for the export of agricultural and other goods.

Therefore, the recent collapse of global oil prices, due in part to an excess of oil on the world market as the coronavirus drives a decline in demand for oil, is set to impact the Armenian economy through its adverse effect on the Russian economy, which is, in turn, strongly linked to the petroleum industry.

Third, the decline in international travel due to the coronavirus outbreak is expected to negatively impact Armenia’s tourism industry, which has experienced considerable growth in recent years. Armenia’s suspension of its visa-free regime with China, the closure of its border with Iran, and the deteriorating economic situation in Russia are set to impact the country’s tourism sector, as all three countries are major countries of origin for foreign tourists visiting Armenia. That the closure of the Armenian-Iranian border covers the period of Nowruz, the Iranian New Year, is particularly significant, as thousands of Iranians typically visit Armenia for the holiday.

As of March 9, the coronavirus outbreak has caused more than 110,000 confirmed infections globally, with major hotspots having formed in China, Iran, Italy, and South Korea. Armenia has confirmed just one case so far, and recently-analyzed data from the World Health Organization suggest that Armenia enjoys very high levels of epidemic preparedness relative to other countries in the region.