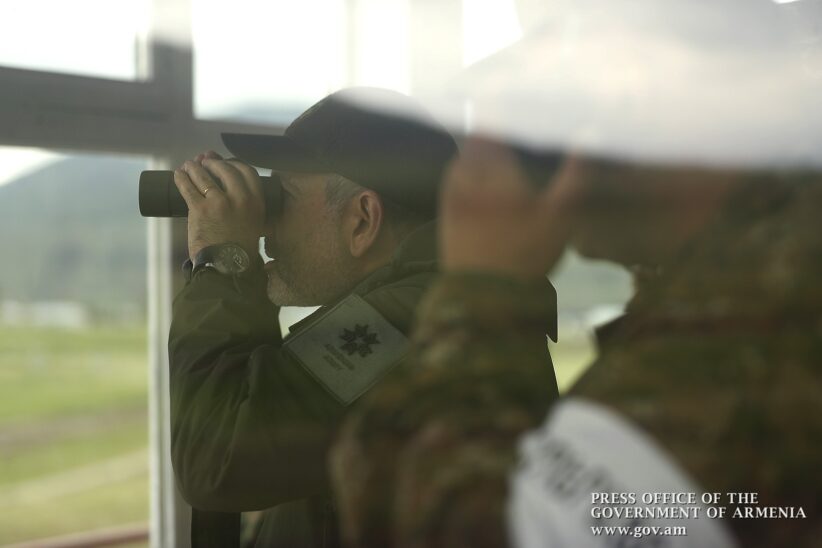 A five-year government action plan made public on Wednesday outlines major reforms to Armenia’s armed forces — though crucially it lacks many key details on how those changes will be implemented.

In a speech presenting the 2021-2026 plan, Pashinyan signalled his support for making “large-scale reforms” to Armenia’s military and said that “a reformed military must be the main factor in ensuring the country’s external security.”

Most significantly, the plan proposes a gradual transition away from mandatory conscription to voluntary military service, as well as shortening the length of military service. At present all male Armenian citizens aged 18-27 are required by law to serve in the military for two years.

“Armenia, like any peace-loving country, will develop and transition its armed forces not with the purpose of aggression, but for defending from aggression,” reads the plan.

Under the five-year plan, Armenia’s armed forces would gradually cede responsibility for border security to separate units of border troops at some sections of the border. Russian soldiers already patrol significant lengths of Armenia’s international borders.

The plan also calls for technological modernization in the armed forces — but as with many other details in the plan, how exactly the Armenian government will pursue this goal remains unclear. The plan advocates for “the development of the military-industrial complex based on Armenia’s research potential and international experience.”

It also envisages the implementation of artificial intelligence technologies, the establishment of a unified control system within the armed forces, and improved combat capabilities, including the creation of special, high-mobility combat units that can operate independently from army headquarters. All those changes will be undertaken in an effort to “modernize” Armenia’s military.

According to the plan’s text, those reforms will be based on best international practices, as well as “lessons learned from the 44-day war and the analysis of the security environment formed after November 9.” The term “44-day war” refers to the September-November 2020 war in and around Karabakh between Armenia and Azerbaijan, while the date November 9 refers to the end of hostilities with the signing of a Russia-brokered ceasefire.

Additionally, the plan proposes expanding psychological support for troops and increasing benefits for soldiers, veterans, and their families, including by raising soldiers’ salaries and providing more funding for social security programs, like government housing.

Besides those major changes, the action plan repeatedly emphasizes the strategic value that Yerevan places on its relations with Moscow. “Special importance will be attached to the development of allied and partnership relations,” the plan reads. “In particular, cooperation with the Russian Federation will be expanded.”

The plan highlights Armenia’s membership in the Russia-led Collective Security Treaty Organization (CSTO) and the Russian 102nd Military Base in Gyumri, Armenia’s second-largest city, as well as Russian military positions established in the southern Syunik region since last year’s war.

The CSTO is a collective defense alliance founded in the 1990s by Russia, Armenia, and four other post-Soviet states. On September 16, Armenia will begin a year as the CSTO’s rotating chair. The current chair is Tajikistan.

Armenia’s constitution gives the National Assembly, as the country’s single-chamber parliament is officially known, 20 days to approve or reject the five-year plan. The legislature is set to debate it next week.

Over the coming days, CivilNet will continue to publish a series that examines the most significant reforms envisaged in the plan.