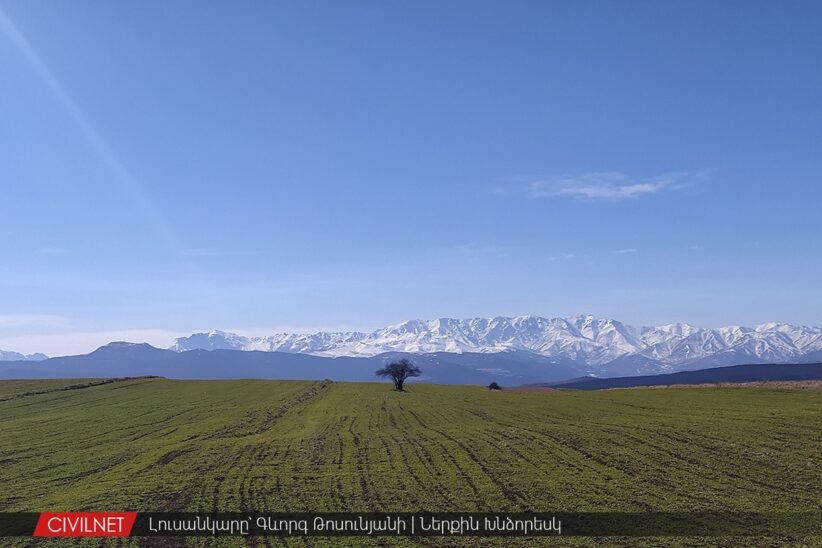 Armenia and Azerbaijan agreed to a Russia-brokered ceasefire Tuesday evening, ending the deadliest single outbreak of fighting between the two countries since the end of last year’s war in and around Karabakh.

“Under the mediation of the Russian side, an agreement was reached to cease fire at Armenia’s eastern border,” said the Armenian Defense Ministry in a statement. “The situation has relatively stabilized.”

The Azerbaijani government has neither confirmed the ceasefire nor provided a number of casualties. The Armenian Defense Ministry said that Azerbaijan suffered “heavy losses” in the course of Tuesday’s fighting.

Each side has accused the other of provoking Tuesday’s clashes.

Armenian government sources said that Azerbaijani forces crossed into Armenia near Sev Lake in the southern Syunik region, while the Azerbaijani government said the fighting took place mainly in Kelbajar and Lachin, two areas that Armenia handed over to Azerbaijan as part of last year’s ceasefire agreement. (Armenians also refer to Kelbajar as Karvachar.)

In a statement, the Armenian Foreign Ministry drew attention to the ongoing presence of Azerbaijani troops near Sev Lake, where they have been stationed since May.

The fighting followed days of rising tensions between Armenia and Azerbaijan. Most recently, Azerbaijan set up additional border checkpoints along a key Armenian road that it partially controls.

The Goris-Kapan highway, built in Soviet times, runs along the Armenia-Azerbaijan border and crosses it several times due to the region’s difficult, mountainous geography. It is of crucial importance for Armenia’s security and economy because it provides an overland connection to Iran, a key strategic partner.

Azerbaijan has previously closed off parts of the road to Iranian truckers, sparking a crisis in Azerbaijani-Iranian relations.

Tuesday’s fighting also comes just after the two sides marked the one year anniversary of the end of last year’s war, which left over 6,000 people dead, thousands more injured, and tens of thousands displaced.

Armenia and Azerbaijan were rumored to be preparing to mark the one year anniversary of the war’s end earlier this month by meeting in Russia to sign two key agreements on borders and transport connections.

That meeting did not take place, apparently as a result of negotiations breaking down. Regional media outlets have reported that the biggest sticking point has been the issue of control over future transport connections linking Armenia and Azerbaijan.

The 2020 ceasefire agreement signed by Armenia, Azerbaijan, and Russia stipulates that “all economic and transport connections shall be unblocked,” including an overland connection between the Azerbaijani exclave of Nakhichevan and mainland Azerbaijan via Syunik.

Azerbaijan has repeatedly referred to such a connection as a “corridor,” suggesting that the route would be under Azerbaijani control. The Armenian government, in turn, has consistently pushed back against Azerbaijan’s demands for control over the connection.

According to reports by Russian news agencies, Russian President Vladimir Putin spoke by phone with Pashinyan on Tuesday to discuss the situation along the Armenia-Azerbaijan border.

In a terse statement posted on the Kremlin website, the Russian government said Putin and Pashinyan agreed to “continue contacts.”

The CSTO is a mutual defense alliance founded in 1992 by Russia, Armenia, and four other post-Soviet states: Belarus, Kazakhstan, Kyrgyzstan, and Tajikistan. The organization’s founding treaty commits signatories to “immediately launch the mechanism of joint consultations” when a member state is faced with a “menace to safety, stability, territorial integrity and sovereignty.”

“We are addressing Russia with a call for protecting the territorial integrity of Armenia. A written request is being prepared,” said Armen Grigoryan, the secretary of Armenia’s Security Council. So far, Russia has not publicly responded to the request.

But Stanislav Zas, the head of the CSTO, has previously said that Azerbaijan’s incursions several kilometers deep into the Armenian regions of Gegharkunik and Syunik in May do not fall under the CSTO charter on collective defense.

Russia is Armenia’s main ally and partner on the international stage and deployed about 2,000 peacekeepers to areas in and around Karabakh under the terms of last year’s Armenia-Azerbaijan ceasefire agreement.

Russia also controls a military base in Gyumri, Armenia’s second largest city, and maintains an armed presence along much of Armenia’s borders.

On Monday, just a day before the clashes broke out, Pashinyan announced that he was appointing Suren Papikyan as Armenia’s new defense minister, dismissing Arshak Karapetyan, who had held the position since August.

In a speech to the Security Council, Pashinyan said that “this decision was made as a result of analyzing the developments taking place since yesterday,” referring to Sunday’s incident, when Azerbaijani troops surrounded Armenian military posts.

“The situation led me to a decision that there should be a change of the Minister of Defense,” Pashinyan added.

Papikyan is seen as a close ally of Pashinyan and previously served as the head of the Ministry of Territorial Administration and Infrastructure, but has no military experience.

Analyst Benyamin Poghosyan raised the issue of Papikyan’s appointment in a recent column for CivilNet, questioning the timing and motivation behind Pashinyan’s decision. “The reasons for the minister’s dismissal are not clear,” he said.

Poghosyan, who serves as the chairman of the Yerevan-based Center for Political and Strategic Studies, also argued that contradictory messaging from the Security Council and Defense Ministry “continues the policy of providing false information to the public, which was widespread in 2020 during the Artsakh war.”

“The events that took place in Armenia during the last 30 hours once again raised a number of unanswered questions for the society.”

Aliyev’s aggression and the world’s hypocrisy