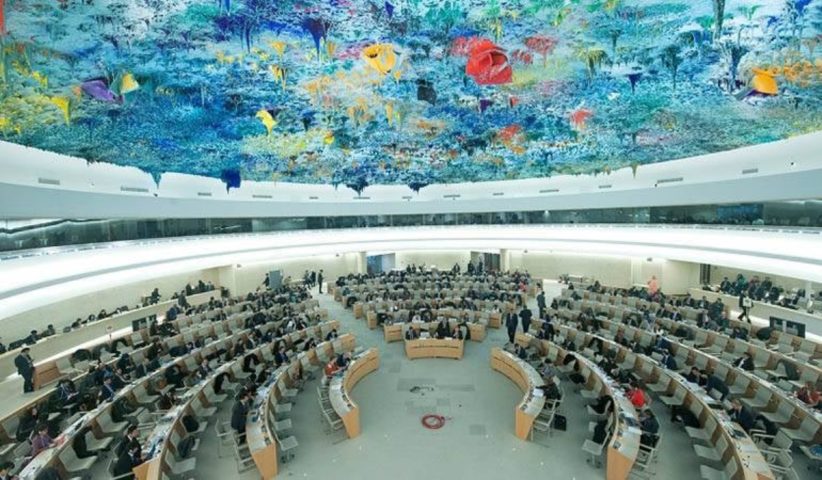 Armenia did not take part in a United Nations vote on Thursday to suspend Russia from the body’s Human Rights Council, joining 17 other countries that also refused to participate in the vote.

Nevertheless, the measure passed, with 93 member states voting in favor of suspending Russia and 24 voting against. An additional 58 countries voted, but abstained.

Armenia was the only member of the Russia-led Eurasian Economic Union not to vote. The bloc’s other four members — Belarus, Kazakhstan, Kyrgyzstan, and Russia — all voted against the measure.

After the vote, Russia’s representatives to the UN announced that they would be quitting the council, criticizing the body’s members for what they saw as hypocrisy and double standards.

Other members of the human rights council “for many years have directly been involved in blatant and massive violations of human rights, or abetted those violations,” said Gennady Kuzmin, Russia’s deputy permanent representative to the UN.

The move to suspend Russia from the council came days after evidence emerged of mass casualties in the shattered Ukrainian city of Bucha, which the Ukrainian government has blamed on Russian forces. Russia, in turn, has described scenes of atrocities in Bucha as staged “fakes.”

Thursday’s vote laid bare stark divisions among world powers over Ukraine, with the United States and European Union hailing the vote, while China warned that it “will set a new, dangerous precedent.”

In the region, Armenia was not the only country to refuse to vote. Azerbaijan, too, decided not to take part. Meanwhile, Georgia and Turkey voted in favor, and Iran voted against.

The UN Human Rights Council is a Geneva-based body with 47 member states, which may serve up to two consecutive three-year terms. Russia most recently joined the body in January 2021.

The Aliyev-Pashinyan meeting in Brussels and the anti-Armenian propaganda

Minsk Group’s effectiveness in doubt as Lavrov says US, France refuse to work with Russia