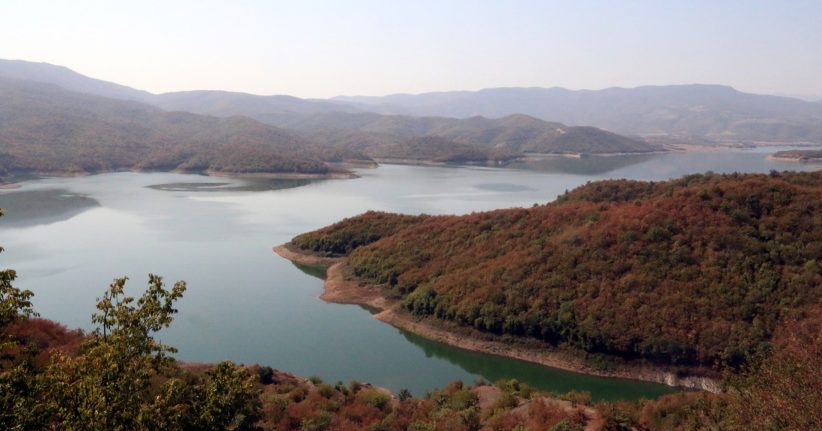 Photographs of the visit to the reservoir, Karabakh’s largest, by employees of the state-owned Azerbaijan Amelioration and Water Farm Company, were first published in the Azerbaijani press and then spread quickly on Armenian social networks.

The Artsakh Information Headquarters also said that Karabakh’s authorities have been in touch about water issues with their Azerbaijani counterparts since 2021 and “make periodic visits to territories under Azerbaijani control to reach mutual agreements on the use of water for drinking and irrigation.” That information is not believed to have been made public previously.

With a volume of about 600 million cubic meters, the Sarsang reservoir is Karabakh’s single most important water source. A hydroelectric power plant on the reservoir, built in the 1970s, provides a significant amount of the region’s electricity.

In Soviet times, the reservoir also irrigated large tracts of land in Azerbaijan’s agricultural lowlands, but those canals dried up after Karabakh Armenians took control of the reservoir in the 1990s.

The authorities in Karabakh say they made several proposals to Azerbaijan in the years before the 2020 war that would have regulated the use of regional water resources, including Sarsang. Azerbaijan reportedly did not respond to those offers.

Meanwhile, Baku has long accused Stepanakert of purposefully releasing water from Sarsang only in wintertime, when it cannot be used for downstream irrigation.

Eurasianet reported last week that Azerbaijani and Karabakh Armenian authorities reached an unwritten agreement in June to release 18,000 cubic meters of water from Sarsang per day. CivilNet has not confirmed that information.

Disputed control over water resources plays an important, though often overlooked, role in the conflict between Armenia and Azerbaijan. Both countries are projected to face serious water shortages in the coming decades due to the climate crisis.

In the course of the 2020 war, Azerbaijan took control of several reservoirs and dozens of hydroelectric power plants that were previously held by Karabakh Armenians.

Pashinyan, Aliyev to meet in Brussels, with border commission to convene in Moscow