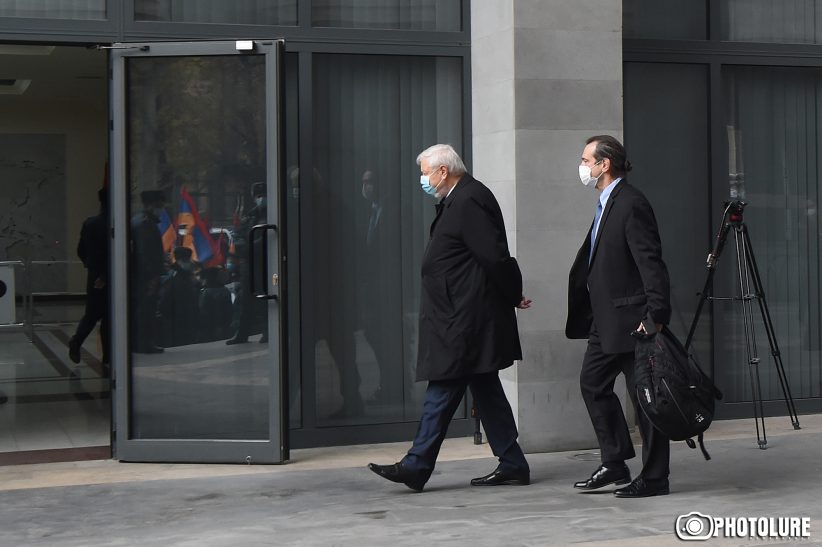 Armenia remains committed to Minsk Group mediation for the Karabakh conflict, a spokesperson for the country’s foreign ministry told CivilNet by phone Friday.

“The co-chairs of the OSCE Minsk Group have an international mandate to support a lasting and comprehensive settlement to the Nagorno-Karabakh conflict, and no one has canceled this mandate,” said Vahan Hunanyan.

Hunanyan’s comment comes two days after the United States put forward Philip T. Reeker to be the country’s new senior advisor for Caucasus negotiations, in which capacity he will also serve as Washington’s co-chair to the Minsk Group. Reeker previously headed the State Department’s Europe and Eurasia bureau and served as the U.S. ambassador to North Macedonia.

The Minsk Group is a body under the Organization for Security and Co-operation in Europe that has led efforts to mediate a peaceful resolution of the conflict between Armenia and Azerbaijan for many years, largely without result. The group is co-chaired by France, Russia, and the United States. Rising international tensions over Russia’s invasion of Ukraine earlier this year have thrown the future of the Minsk Group in serious doubt.

While Armenia continues to stress it remains committed to the group, Azerbaijan has repeatedly questioned the group’s role in the region since the end of the 2020 Karabakh war. Its victory in that war, Baku argues, has rendered the group’s mandate moot.

On Thursday, Leyla Abdullayeva, a spokesperson for Azerbaijan’s Foreign Ministry, wrote on Twitter that “attempts to ‘resuscitate’ the de-facto non-functioning Minsk Group may result the USA to be estranged from the process of normalization of Azerbaijan-Armenia relations. Karabakh conflict has been resolved & Karabakh is an integral part of Azerbaijan.”

Asked to react to Abdullayeva’s comment at a press briefing Friday, State Department spokesperson Vedant Patel underscored that the United States remains “committed to facilitating direct dialogue between Azerbaijan and Armenia bilaterally, multilaterally, and in cooperation with likeminded partners to achieve a comprehensive peace settlement between the two countries.”