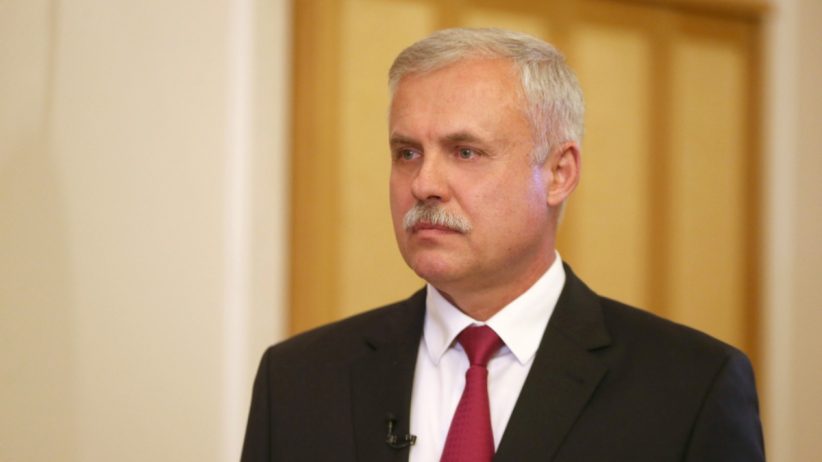 The head of the Collective Security Treaty Organization, a Russian-led military alliance of which Armenia is a founding member, will arrive in Armenia Thursday to lead a fact-finding mission in response to Azerbaijan’s ongoing attack on Armenia, Armenian Foreign Minister Ararat Mirzoyan said Wednesday afternoon.

Dmitry Peskov, the Kremlin’s press secretary, said earlier in the day the mission “still needs to be formed, still needs to get there,” the Russian RIA Novosti news agency reported.

Following a special session late Tuesday evening convened at Armenia’s request, the CSTO announced it would send Stanislav Zas, the alliance’s head, to Armenia to lead a mission to “assess the current situation” and “prepare a detailed report.”

The alliance also decided “to create a working group to constantly monitor the situation in the CSTO zone of responsibility.”

Armenian Prime Minister Nikol Pashinyan expressed hope the CSTO’s mission to Armenia “should have concrete solutions” in an address to parliament Wednesday afternoon.

“During the CSTO session, the fact of Azerbaijan’s invasion of Armenia’s sovereign territory was clearly recorded,” he continued. “Those statements should not remain without consequences.”

Still, Pashinyan has been critical of the CSTO in the past.

The alliance declined to respond to an incursion last May by Azerbaijan into parts of Armenia proper, inaction Pashinyan has contrasted with its decisive response to mass civil unrest that shook Kazakhstan, another CSTO member, in January.

Pashinyan has also raised the issue of arms sales by other CSTO members to Azerbaijan.

Still, he has been careful to temper his criticism of the CSTO with praise, stressing at a summit in May that Armenia remains “committed to the organization’s further development.”

The CSTO’s decision to send a mission to Armenia comes in response to ongoing attacks on the country by Azerbaijan, which began striking a number of towns and villages in Armenia’s east and south shortly after midnight Tuesday (late Monday evening).

Armenian Prime Minister Nikol Pashinyan said Wednesday afternoon 105 Armenian soldiers had been killed in action so far. He added that Azerbaijani forces had taken control of about 10 square kilometers of territory within Armenia proper.

Alen Simonyan, Armenia’s parliament speaker, said earlier in the day Armenian civilians had also been killed in the attacks, but did not provide any numbers. Scores more are believed to have been wounded.

“We have suffered significant losses of military equipment,” Simonyan added.

Meanwhile, Kristinne Grigoryan, Armenia’s Human Rights Defender, said at least 2,570 people have been displaced from their homes in towns and villages across Armenia’s Gegharkunik and Syunik regions so far.

“The vast majority of those displaced are women, children, and the elderly, including people with disabilities,” she said.

Azerbaijan continues to put its combat losses at 42 soldiers and eight border guards.

The death toll means this week has been the bloodiest in the region since the outbreak of the war in and around Karabakh nearly two years ago, while fighting within Armenia proper marks an unprecedented escalation in hostilities.

Pashinyan raises death toll to 105, as Azerbaijan continues attacks along much of border