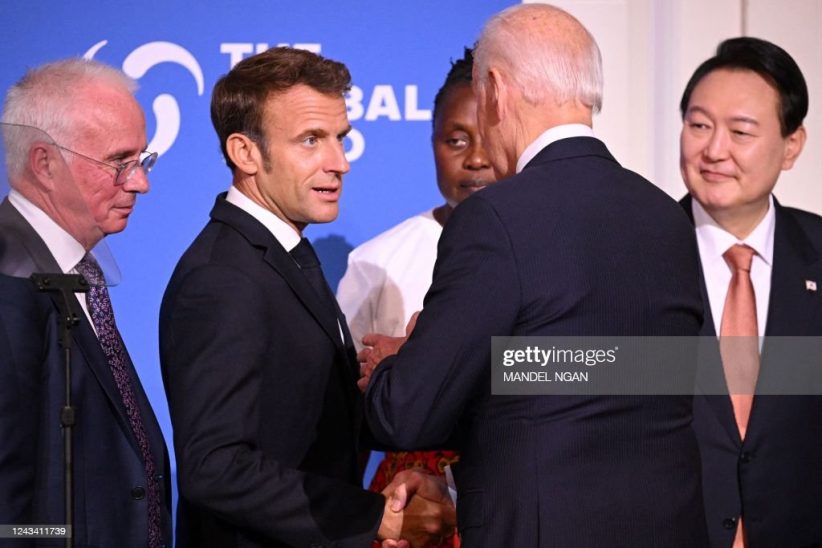 The article was published in World Energy Weekly (October 31 issue), a publication of Petrostrategies, a French think-tank specializing in energy issues.

The colossal and unprecedented gap between gas prices in North America and Europe, which emerged after war broke out in Ukraine, has become a subject of real political “debate” (in Emmanuel Macron’s words) between Europe and the United States, at the highest level. But apparently without any positive outcome so far, because what has hitherto only been said behind closed doors, between leaders of allied countries, is now being aired in public, which is never a good sign.

On October 21, 2022, at the end of a European Council meeting (which was also largely dedicated to energy issues), the French President devoted most of his press conference in Brussels to this problem. Although he claimed to have broached the issue with the US President and the Norwegian Prime Minister “in an extremely friendly manner”, during the last G7 meeting (on June 26-28, 2022), Macron used rather harsh words when speaking to the press. While “we are united in terms of values”, in opposition to Russia and support for Ukraine, “we are not united in terms of the consequences that this war is having on our lives”, he declared, going so far as to claim that differences in competitiveness created by disparities in gas prices raised the issue of the “sincerity of transatlantic trade”. Because, while US manufacturers are profiting from very low gas prices, they are also receiving government subsidies of “up to 80% in certain sectors, whereas this is prohibited in our country”, said Macron, denouncing “a double standard”, an expression he used twice in less than ten minutes.

The French Head of State went even further, claiming that “condemning the war, supporting Ukraine and sanctioning Russia don’t mean the same thing when you are American, German or French”. At a time when Europe is trying to “reindustrialize”, it is being threatened by the “relocation” of industries that are being hit by very high energy prices, Macron noted. Hydrocarbon producers are selling gas “at prices three or four times higher in Europe than in America”. They are making “huge profits” and are reaping a “geopolitical dividend caused by the war”. “There can’t be a two-speed alliance,” he said.

According to the French President and his European partners, the problem is that their US (and Norwegian) counterparts can answer that it isn’t their fault if a gas shortage has emerged on the European market (and also, by extension, in Asia), driving prices up. What’s more, they can’t be blamed for rising electricity prices in Europe, which are due to an indexation formula which places too much emphasis on gas and which is now generally regarded as absurd, without any solution being proposed. Although Europe is structurally a gas importer (and already destined to depend more and more heavily on imports), it made two mistakes during the liberalization of its energy market (from 1996 to 2007): first of all, it gave too much importance to gas price hubs whose liquidity is entirely dependent on supplierexporters; and secondly, it linked its electricity prices to the prices determined by these hubs. Leaders of gas-producing and exporting countries (whether American, Norwegian or otherwise) can answer Europeans in precisely these terms (and probably do).

Until the issue of defining electricity prices has been resolved, the EU is trying to contain gas prices by devising market intervention formulas in the form of a “dynamic price corridor” applicable to gas hubs (the structural failings of which remain intact). But behind this apparent united action (see box), the effectiveness of which has yet to be proven (as LNG will flee European ports and move to those in Asia if Europe limits the price of gas on its market, thus creating a shortfall which will inevitably push up European prices…), each country is seeking its own solutions to protect its companies and households from excessively high energy prices.

The most serious controversy, in terms of its possible consequences, is the one between Germany and other European countries

Intra-European divisions on issues such as a possible gas-price cap in the electricity sector (known as the “Iberian mechanism”), group purchases of gas and LNG, and so on, are thus being added to the transatlantic divisions denounced by Macron. But the most serious dispute, in terms of its possible consequences, is the one between Germany and other European countries. Berlin has announced a E200 billion state support plan for German businesses and households, in addition to the E65-billion scheme already in place. Germany is thus taking advantage of its enormous budgetary capacities, which other European countries, with far higher levels of debt, can’t match. Measures recently announced by the French government (which has pledged to cover some of the additional energy costs of small businesses, etc.) pale in comparison to the German plan.

Other European countries are unanimously protesting against Germany, claiming that its plan will seriously distort competition in the industrial sector, and more especially in the most energy-intensive businesses. In their defense, the Germans are arguing that their industrial output has dropped sharply due to rising energy costs: production has fallen by 70% in fertilizers, 8% in chemicals, and 8% in steel. Furthermore, 10% of automotive companies are cutting production (while an additional 30% are preparing such cuts), and there have been similar cutbacks in metallurgy, glass, paper, cement, and so on. But on various scales, all these production cuts are also occurring in other European countries. The CEO of a medium-sized French company, Well-in-Plast, which specializes in plastics, recently warned: “We are heading towards an industrial tsunami in France”. His company supplies major players in many fields such as the automotive industry, household appliances, heavy goods vehicles, agriculture, industry and even sports and leisure activities. And from Doha (which he visited to sign an LNG deal on October 23), Shell CEO Ben van Beurden warned that Europe is facing “industrial” risks and that the crisis will “bring quite a bit of pressure on European economies, and perhaps also a lot of pressures for the political system in Europe”. In comparison, according to the American Chemistry Council, investments based on the abundance of low-cost natural gas exceeded $200 billion in the United States in mid-2022…

Gas: the new measures planned by the European Union On October 21, most European Union Member-States supported the proposals presented by the European Commission (EC) on October 18. Despite disagreements between countries about price caps in particular, the European Council called on the EC and the Council of Energy Ministers to “urgently submit concrete decisions on additional measures”, including: – voluntary joint purchases of gas, except for binding demand aggregation for 15% of storage filling needs, according to national needs, exploiting the Union’s collective market weight and making full use of the EU Energy Platform; – the introduction of a new complementary price benchmark by early 2023 that more accurately reflects conditions on the gas market; – a temporary dynamic price corridor on natural gas transactions to immediately limit episodes of excessive gas prices, designed in a way so as to not jeopardise security of supply and increase gas consumption; – a temporary EU framework to cap the price of gas in electricity generation, including a cost-and-benefit analysis; – improvements to the functioning of energy markets to increase market transparency, alleviate liquidity stress, eliminate factors that amplify the volatility of gas prices and preserve financial stability; The European Council also invited the Commission to “to speed up work on the structural reform of the electricity market, including an impact assessment”.