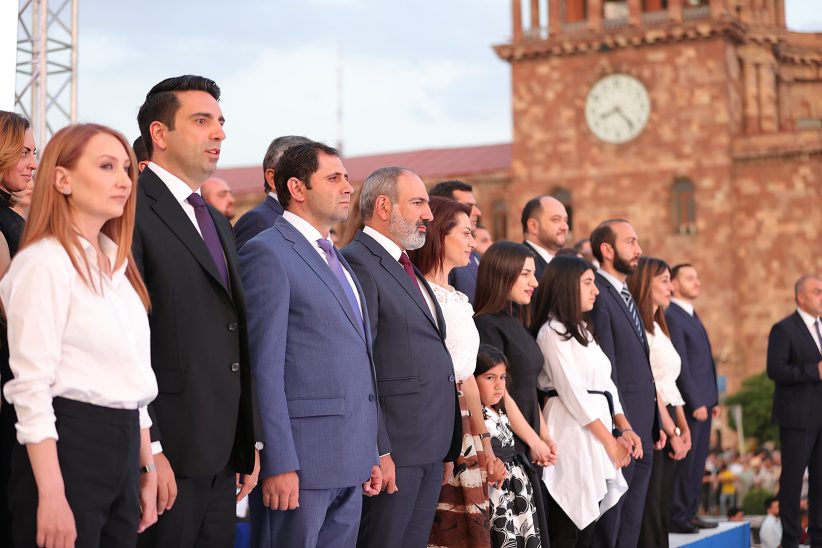 On the night of January 19, 15 servicemen died as a result of a fire in one of the military barracks in Armenia’s Gegharkunik region. At a cabinet meeting on Thursday, the chairman of the Investigative Committee said that according to preliminary investigations, the fire was due to violations of safety procedures related to the building’s heating system.

Various officials at the Defense Ministry, including the commander in charge of the army corps affected by the fire, were dismissed from their positions.

This disaster was just one piece of a larger puzzle regarding irresponsibility and incompetence which is omnipresent in the country. These dismissals are futile. The Defense Minister, the Chief of the General Staff of the Armed Forces, or both, should be removed from office. It is clear that they are not directly responsible for this disaster, but such horrific incidents must have concrete consequences and the brunt of the political responsibility should fall on those at the top of the pyramid.

Just a few months ago, in July 2022, a conscript soldier died in a fire at a military post in Sisian; help was delayed for five hours, and there was no fire-fighting equipment available there. After that incident, did the army leadership take any action to prevent such cases in the future? Today’s events prove quite the opposite.

Unfortunately, in Armenia, the institution of responsibility is nonexistent. Let’s remember a few such examples.

On September 21, 2022, policemen dragged the mothers who had lost their sons in the 2020 Karabakh War from the Yerablur military pantheon and detained them so that the top leaders of the country could come and lay flowers in memory of their fallen sons. 35 NGOs demanded the resignation of the police chief. Not only was the police chief not removed from his position, but he was appointed head of a reorganized larger structure, the Ministry of Internal Affairs. Moreover, the police wanted to impose fines on the parents of the fallen soldiers.

On September 13-14, 2022, Azerbaijan launched an attack along the eastern border areas of Armenia. Within two days, Armenia suffered over 200 fatalities. Azerbaijani forces seized new areas of sovereign Armenian territory. The government no longer considered it necessary to publish the names of the fallen servicemen, they merely became statistics. The September battles showed that there were no serious reforms in the Armenian Armed Forces after the 2020 war. The military posts are as poorly equipped as before, and the organizational and command structures do not function properly.

August 14 saw a large explosion in the Surmalu shopping center in Yerevan, killing about two dozen people and wreaking great havoc. No member of the government was dismissed, including he who bore the greatest political responsibility, the Minister of Emergency Situations. The public once again had to acquiesce to the dismissal of a few middle-ranking officials.

LIVE. Commemorating the life and legacy of Hrant Dink