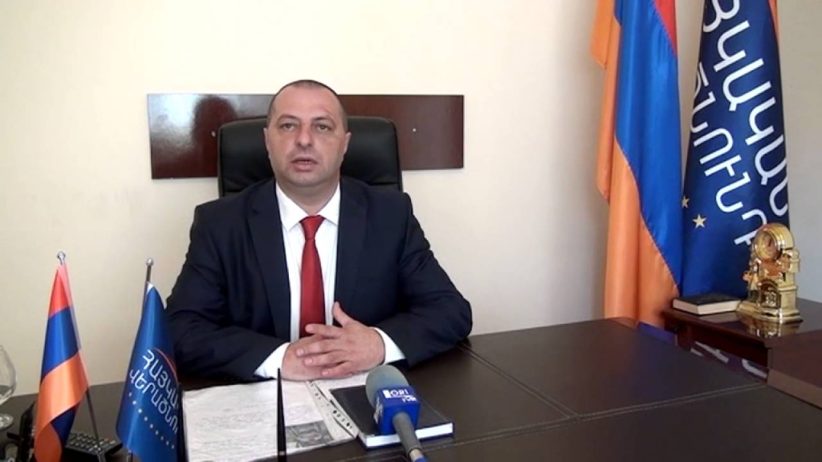 At the same time, Vanadzor’s former mayor, Mamikon Aslanyan, remains in detention on charges that he has decried as politically motivated.

In local elections last December, Aslanyan’s electoral bloc received 39% of the votes, the most of any one party. Civil Contract, which has been in power at the national level since 2018, came in a distant second place, winning 25% of the vote.

Support for the obscure Worker’s Socialist Party, headed by Peleshyan, a former Vanadzor city council member with several prior criminal convictions, came in at just under 15%.

But just days after his apparent victory in the polls, Aslanyan, who was first elected mayor in 2016 as a member of the then-ruling Republican Party, was arrested for alleged abuse of power and fraud, charges that he and his allies have vehemently rejected.

Last year’s events in Vanadzor largely repeated themselves throughout the country: Civil Contract suffered stunning losses in a wave of local elections across the country, followed by the security services detaining many election winners on charges they have rejected as politically motivated.

Following Aslanyan’s detention last December, Armenia’s Administrative Court ruled that the Vanadzor city council cannot convene until this July, blocking the councilors from selecting a mayor. As a result, the city has gone for months without a mayor.

Under Armenian electoral law, voters do not directly elect mayors, but instead elect city councilors, who then select mayors. City council seats are distributed proportionally with parties’ vote shares past a certain, pre-set threshold.

The set-up effectively means that a party leader can only become mayor if their party receives an outright majority of votes. In cases where no single party is able to secure a majority of votes, relatively common in Armenia’s fractured multiparty system, city council members must instead cobble together voting coalitions to select mayors.

Peleshyan, the new acting mayor, cuts a controversial figure in Vanadzor, where he is known for his previous criminal convictions.

He was first convicted of hooliganism in 2008 after verbally and sexually harassing the employees of a Vanadzor shop and damaging the store’s property while intoxicated.

Peleshyan appeared in court again in 2016 after allegedly beating Rafael Grigoryan, a religious leader in Vanadzor, for not supporting him in local elections held that year. Grigoryan eventually withdrew his suit.

In addition, Peleshyan has repeatedly encountered financial problems, with two separate banks claiming that he did not fulfill the legal obligations required of a borrower under Armenian law.