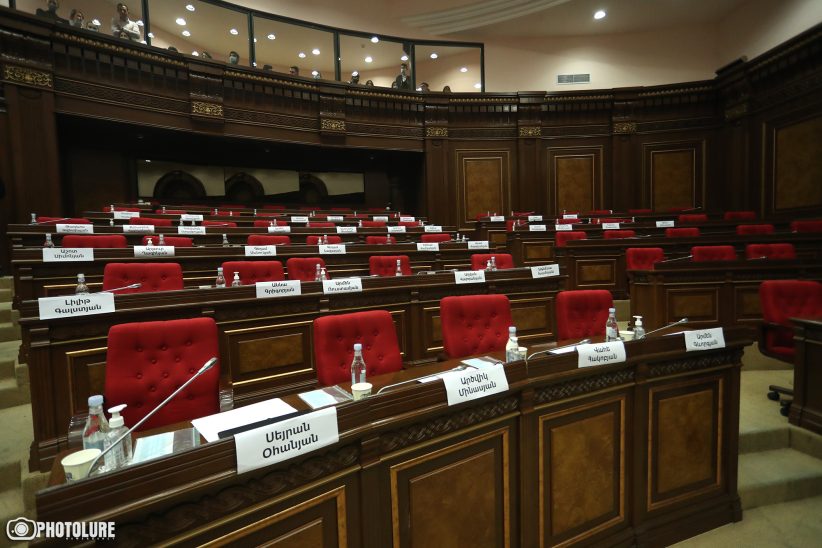 Armenia’s ruling Civil Contract party backed down Thursday on a threat to expel nearly all opposition lawmakers from parliament for excessive absenteeism, but a Civil Contact member warned the party could revisit the issue this fall.

“We have made a decision not to start such a process at this stage,” lawmaker Hrachya Hakobyan told Radio Azatutyun, RFE/RL’s Armenian service, just hours before the vote was set to happen.

Civil Contract had announced earlier this week it would convene a special session Thursday afternoon to vote to oust 33 of the opposition’s 35 lawmakers, a decision that the Constitutional Court would have to approve.

However, Hakobyan added that he does “not rule out the possibility that the faction will once again organize a discussion on this issue in September or October.”

Armenian law says members of parliament can lose their seats if they skip, for “non-legitimate” reasons, more than half of the votes held during one six-month legislative session.

Nearly all opposition lawmakers have been boycotting parliamentary sessions since April to participate in anti-government protests aimed at forcing Prime Minister Nikol Pashinyan to resign. That has made them eligible for expulsion.

Armenia’s National Assembly has seen opposition boycotts in the past, but no lawmaker has ever been removed for participating in them, let alone on a mass scale.

Civil Contract has presented its decision not to go forward with the expulsions as an effort to give opposition lawmakers a chance to end their boycott and return to work. The opposition has already dismissed that explanation and pledged to continue the boycott.

Earlier this month, nearly all high-ranking opposition lawmakers decided to step down from their posts in protest of a Civil Contract decision to remove two prominent opposition members from their leadership positions in parliament.

What would a Russian victory – or defeat – in Ukraine mean for Armenia?