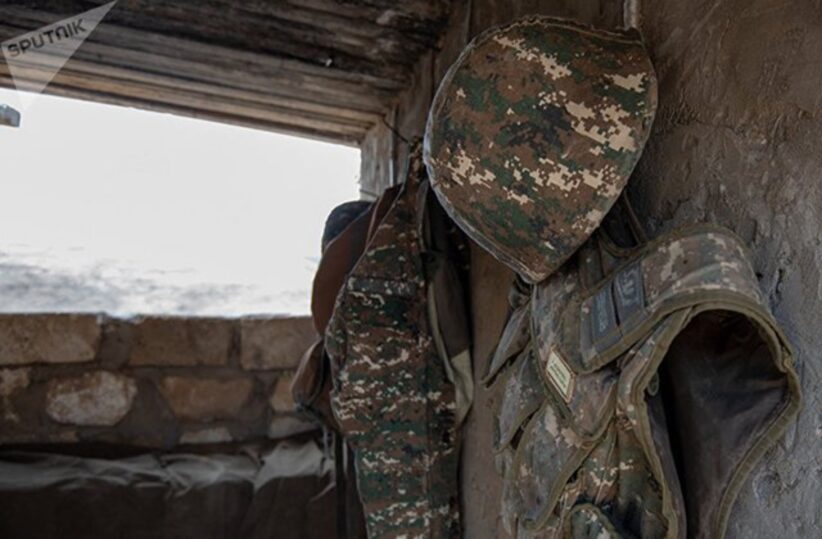 Three Armenian soldiers were killed in action Wednesday evening in the latest violation of the fragile ceasefire between Armenia and Azerbaijan that came into effect two weeks ago.

“As a result of Azerbaijan’s provocation, the Armenian side has three losses,” a spokesperson for Armenia’s Defense Ministry said Wednesday.

Clashes began at 6 p.m. local time and ended by 10 p.m., according to Armenia’s Defense Ministry, which said that “units of the armed forces of Azerbaijan opened fire toward Armenian positions in the eastern direction of the border, using mortars and large-caliber weapons,” prompting “retaliatory actions” by Armenian units.

Meanwhile, Azerbaijan’s Defense Ministry reported one soldier wounded in a shoot-out that it claims Armenian units initiated at 6 p.m. along the border near the regions of Vayots Dzor and Kelbajar.

Two days of heavy clashes left nearly 300 people killed or missing and almost 600 people injured, including civilians, according to official figures from both sides. It was the bloodiest outbreak of hostilities in the region since the war in and around Karabakh (Artsakh) two years ago․
Armenian Prime Minister Nikol Pashinyan warned that “the risk of new aggression by Azerbaijan remains very high” in a major address last week at the United Nations General Assembly in New York City.

France, UK, US call on Azerbaijan to pull back from Armenian territory

Civilian Targets in War: Fact-Checking Azerbaijani Diplomats at the UN