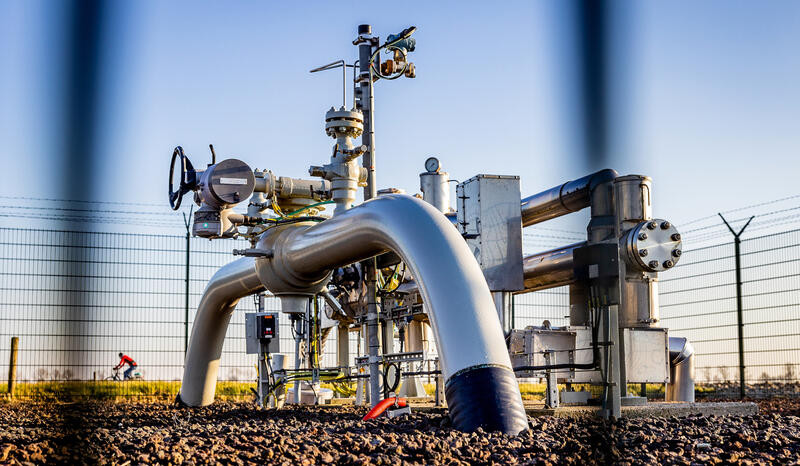 The article was published in World Energy Weekly (October 31 issue), a publication of Petrostrategies, a French think-tank specializing in energy issues.

“Azerbaijan is selling us Russian gas disguised as Azeri gas”! In essence, this is the idea that circulated among many European media on September 12, when Azeri Energy Minister Parviz Shahbazov declared that his country would increase its gas exports to Europe to 12 bcm in 2022. How could such an increase possibly be achieved in such a short time? Just two months after Ursula von der Leyen’s visit to Baku, where, as it happens, she asked Azerbaijan to increase its gas exports to Europe, this is too good not to be suspicious. Essentially, several European media have pointed this out. What exactly is going on? Is Azerbaijan only selling its own gas (and nothing else) or is it mixing it with Russian gas?

According to official figures, Azerbaijan produced 34.4 bcm of natural gas during the first nine months of 2022 and exported a total 16.3 bcm, which included 8.3 bcm to Europe, 6.1 bcm to Turkey and 1.9 bcm to Georgia. The rest (some 18.1 bcm) was consumed domestically or injected into oil fields to increase (or maintain) the pressure. A twelve-month extrapolation of these figures would give production of 45.9 bcm and exports of 21.7 bcm for 2022, including 11.1 bcm to Europe, 8.1 bcm to Turkey and 2.5 bcm to Georgia. If sales to Europe amount to 12 bcm, as announced by the Azeri Energy Minister, with sales to Turkey (8.1 bcm) and Georgia (2.5 bcm), total gas exports by Baku would amount to 22.6 bcm for 2022. The rest of the gas (23.3 or 24.2 bcm) would be available for domestic consumption and reinjection.

The problem that arises is as follows: the sum of Azeri domestic gas consumption, i.e. 13 bcm/annum, and the volumes injected into the oil fields, which amount to 15 bcm/annum, exceed the amount that remains available for these two items if exports are subtracted from the official production figure. The resulting shortfall varies from 3.8 to 4.7 bcm. How is it being filled? The answer is probably the same as in 2015-2016: by purchases of Russian gas. This was highlighted at the time both by PETROSTRATEGIES and in a study by the Oxford Institute for Energy Studies (see PETROSTRATEGIES of September 12, 2016). At the time, the required Russian gas was estimated at 3 to 5 bcm/annum. Moreover, in 2015, SOCAR had invited one of Azerbaijan’s largest gas consumers, the methanol producer Azmeco, to buy gas directly from Gazprom. And its “PGPC” project to transform 10 to 12 bcm/annum of Azeri gas into petrochemical products had been put on hold due to a lack of gas.

So it’s clear what’s happened with gas in Azerbaijan: although production has risen, the need to inject gas into oil fields has also increased, at a time when Baku had already made gas export commitments to Turkey and Europe. Some 7 bcm of gas was injected into the country’s oil fields in 2015; since then, the volume has doubled, as pressure in the oil fields has continued to decline, requiring ever-increasing injections of gas (and water). From six in 2015, the number of gas-injection wells has now increased to nine. In short, one can account for the Russian gas imported by Azerbaijan (for injection into oil fields or for re-export) in any way one wants; the fact is that Baku needs it. And it will continue to need it until it can increase its production, either by launching a third development phase on Shah Deniz, or by starting production on the Absheron field (TotalEnergies) in 2023, launching a second development phase on the latter field, or developimg other gas-bearing structures.