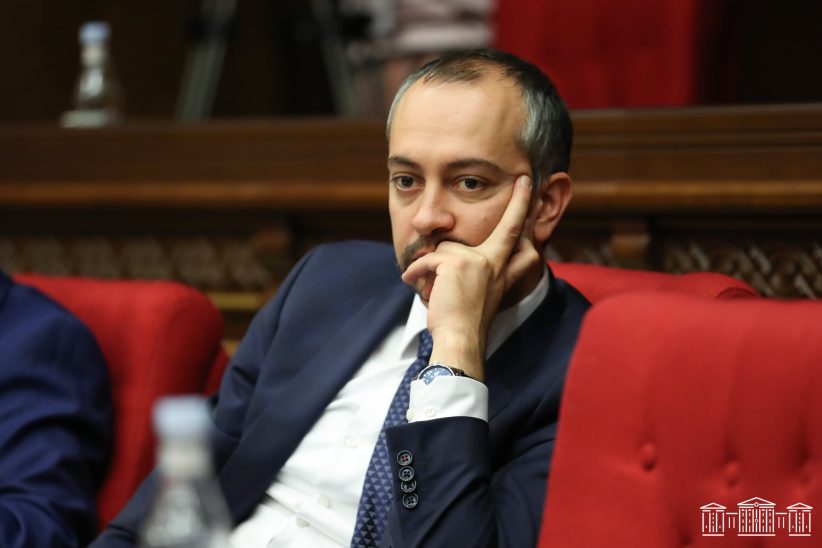 Ruling party lawmaker Eduard Aghajanyan sought on Friday to downplay the ongoing controversy around Prime Minister Nikol Pashinyan’s recent comments on “lowering the bar” on Karabakh’s status, saying that the Karabakh authorities “probably did not understand the content of the prime minister’s speech.”

Aghajanyan was referring to a unanimous statement issued by Karabakh lawmakers Thursday “demanding that the Armenian authorities abandon their current catastrophic position” in peace talks with Azerbaijan.

“The signing of any document through which Azerbaijan would annex Artsakh (Karabakh) violates not only the latter’s statehood, but also the inalienable right of the Armenians of Artsakh to live in their historical homeland,” the extraordinary rebuke continued.

“No government has the right to lower the internationally recognized bar for negotiating on the right to self-determination in Artsakh under the pretext of peace.”

In turn, the Karabakh parliamentarians’ statement came in response to comments Pashinyan made in a major speech Wednesday in which he said that Armenia should “lower the bar a little on the status of Nagorno-Karabakh and ensure greater international consolidation around Armenia and Artsakh.”

That statement fueled mounting concern, in both Armenia and Karabakh, that the Armenian government could be preparing to cede control of Karabakh to Azerbaijan as part of ongoing peace negotiations.

Other comments Pashinyan made in his speech – including stating that Karabakh’s status “is not the goal, but a measure to ensure the security and rights of the Armenians of Nagorno-Karabakh” — also seemed to suggest an openness on Yerevan’s part to recognize Baku’s claims over the region.

Aghajanyan appeared on Friday to seek to reassure critics of Yerevan’s position, saying that “any solution that would lead to an exodus of Armenians from Artsakh cannot be acceptable for the Republic of Armenia.”

Still, the fallout from Pashinyan’s speech continued Friday, with the Armenian Revolutionary Federation (Dashnaktsutyun) — which has little political sway in Armenia itself, but remains influential in much of the diaspora — saying that the comments “revealed the political and moral bankruptcy of the prime minister and his administration.”