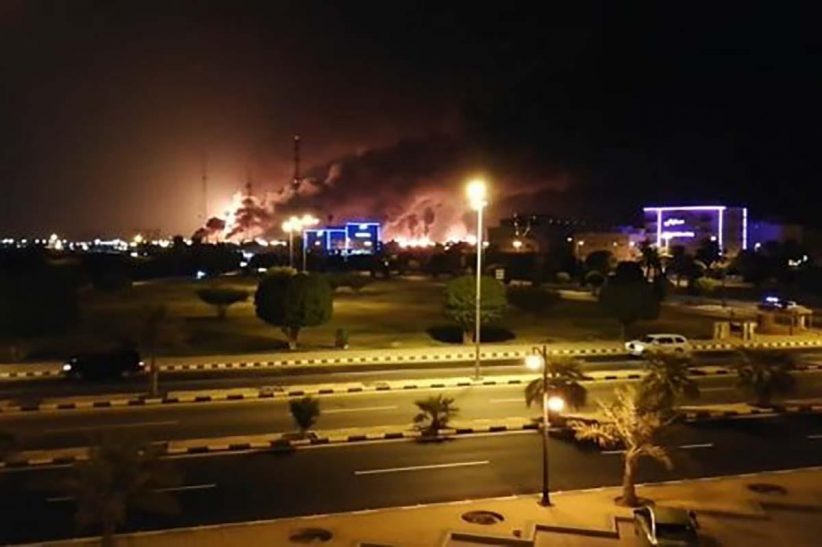 Benyamin Poghosyan discusses recent events in the Gulf, and says that neighbouring countries are concerned about the implications of a military confrontation. For Armenia the crisis comes on top of other foreign policy challenges, he argues in this op-ed for commonspace.eu

The September 14 attacks against Saudi Arabia’s oil facilities have dangerously increased tensions in the Middle East. Regardless of the author of these actions – the Houthi rebels from Yemen or the Islamic Revolutionary Guard Corps using Iraqi or Iranian territories – a clear message was sent to the Gulf monarchies and the US. Iran with its own or through proxy forces is capable of inflicting serious damage to the Gulf States vital national interests, and the “maximum economic pressure” campaign led by the US since May 2018 has as yet failed to change Iranian regional policy. Another aspect arising from the current situation is the devaluation of US security guarantees to its Gulf allies. Neither the US weapons systems deployed in Saudi Arabia, nor the growing number of US troops in the Middle East, could deter Iranian actions.

Many experts and pundits were anticipating some sort of immediate US military action against Iran in the aftermath of the recent attacks. However, President Trump made it clear that he preferred to strengthen   economic pressure. New sanctions were imposed on Iranian Central Bank and National Development Fund. However, there are doubts that this latest wave of  sanctions will force Iran to change its course. Despite the serious economic damage inflicted upon Iran by US sanctions Tehran is far   from being close to total economic collapse, or hunger driven disorders, which may threaten the survival of the Islamic Republic.

Meanwhile, any limited military action has no guaranteed success. Most probably it will add more chaos to oil markets and trigger military response from Iran with unpredictable consequences. The Iranian foreign minister and the head of the Islamic Revolutionary Guard Corps both made clear statements that any military action against Iran may be the start of an all-out war. Thus, neither new economic sanctions nor limited military action is likely to bring about necessary results. The US is in a strange position of having no good options, which could weaken its influence in the region. The Pentagon’s decision to send additional troops to the region to protect Saudi Arabia has a main goal to prevent such developments by sending reassurances to American regional allies. However, the Gulf States and especially Saudi Arabia and United Arab Emirates now feel less secure in their tough strategic competition with Iran.

Other actors involved in the region, in particular Russia, seek to pursue their own goals. Not surprisingly, Russian President Putin used this opportunity to mock US security guarantees provided to Saudis suggesting to the Kingdom to follow Turkey and Iran   and buy Russian modern weaponry. Meanwhile, given the growing Russia – Iran and Russia – Saudi Arabia ties, Moscow can seize the opportunity to start mediation between Tehran and Riyadh similar to Russian policy of being key channel of indirect communication between Iran and Israel in Syria.

The recent developments in the Middle East create concerns among neighboring countries. No one is interested in seeing a large-scale war involving Iran, Saudi Arabia, US forces and possibly Israel. This is true also for Armenia, which is in a Post Revolutionary transition period. Despite the fact that no serious changes have been made in Armenian foreign policy in the sixteen months period after the revolution, there are some signs of possible problems.

Armenia continues its strategic alliance with Russia and the new leadership made a decision to send a humanitarian mission to Syria (a suggestion presumably rejected by the former President Serzh Sargsyan) as a gesture towards the Kremlin, and a way for Armenia to prove its benign intentions towards Russia. However, the Kremlin does not like and does not trust leaders who came to power through large scale street demonstrations, especially if some of them in the past had a history of anti Kremlin statements and strong connections with Western organizations perceived as hostile by the Russian leadership. The increase of Russian gas price for Armenia by 10 percent in January 2019, and likely additional increase in January 2020, as well as statements by the Russian authorities that they may cancel the 30 year consortium agreement granting management of Armenian railway to Russian railway for the period of 2008-2038, are signs of tensions under the surface in bilateral relations..

The Armenian government’s recent decision to open an embassy in Israel will add an additional layer to the Armenian Middle Eastern policy. Obviously, this decision has a long history, which reached its climax in November 2017 with meeting between the Armenian former foreign Minister and Israeli Prime Minister Netanyahu. However, the announcement of the decision coincided with the recent escalation of tensions, and can result in misinterpretation and misperception.

In this sensitive atmosphere Armenia will host the Eurasian Economic Union summit on October 1. Beside the Presidents of the Union member states, the Iranian President, Singapore’s Prime Minister and the Moldovan President will most likely also participate as special guests. It is a good opportunity for Armenia to move forward its cooperation with Iran in both bilateral and multilateral formats, given that there is already a free trade agreement between the Eurasian Economic Union and Iran. Armenia is interested in the decrease of tensions around Iran as any military action may hinder the transit of goods from Armenia via Iran, and in the worst case scenario, may trigger the inflow of tens of thousands of refugees from Iran with serious economic and security consequences.

The visit of the Russian President to Armenia for the 1 October summit, given that the last time President Putin was in Yerevan in April 2015 to participate in the ceremony of the 100th anniversary of Armenian Genocide, is another opportunity to clarify the problematic issues in Armenian-Russian bilateral relations. As things stand, deterioration of these relations cannot in the present circumstances be excluded, and may result in a significant increase in security risks for Armenia, and make the Russian positions in the South Caucasus weaker.

Dr. Benyamin Poghosyan if the Founder and Chairman of the Center for Political and Economic Strategic Studies in Yerevan. He is also the Executive Director of the Political Science Association of Armenia.

The article was published on Commonspace.eu